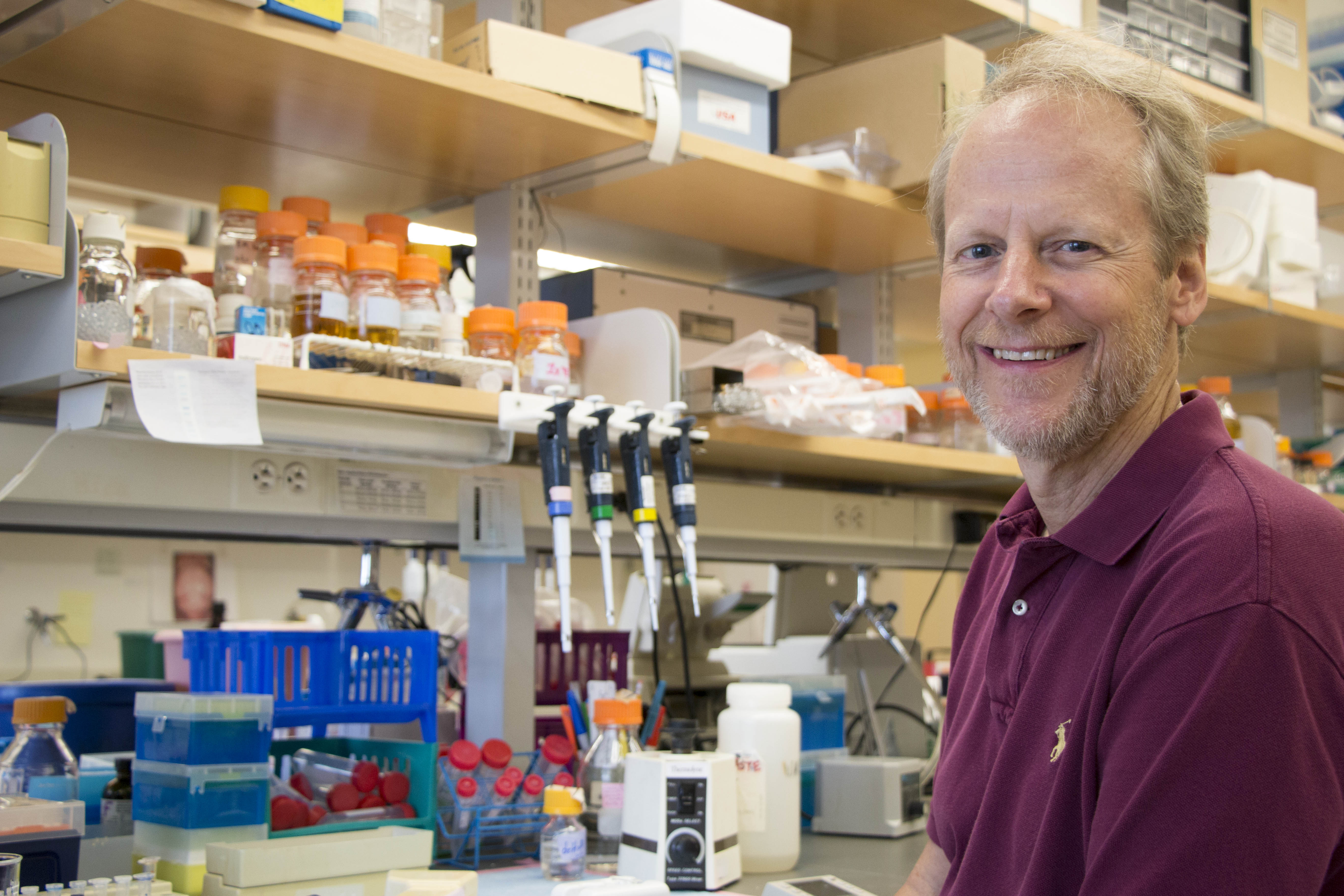 For years, the underlying process that causes a debilitating muscle disorder in infants and young children has been largely unknown. 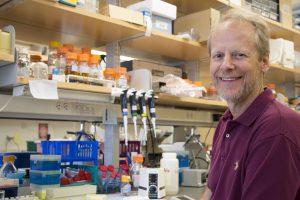 Maurice S. Swanson, M.S., Ph.D., is a UFGI faculty member, associate director for  The Center for NeuroGenetics and professor of molecular genetics & microbiology.

The researchers have also developed specialized mouse models that will allow potential drug therapies to be tested. Taken together, the findings are a crucial step in addressing a disorder that arises from abnormally expanded stretches of repeats in DNA that alter muscle and brain development. The findings are published today in the journal Genes & Development.

Researchers now have a better understanding of how the misregulation of developmental genetic “switches” in unborn children gives rise to congenital myotonic dystrophy, said Maurice Swanson, Ph.D., a professor in the UF College of Medicine’s department of molecular genetics and microbiology and associate director of the UF Center for NeuroGenetics.

“The ultimate goal is to come up with ideas for treating children with this disease soon after birth to minimize the long-term effects of the disorder,” Swanson said.

In addition to severe muscle weakness, congenital myotonic dystrophy patients can have respiratory problems and intellectual deficits. The disorder is estimated to affect one out of every 3,500 to 16,000 individuals.

Within cells, messenger RNA molecules receive instructions from DNA and carry out protein-building activities. Using human muscle tissue samples, the researchers found that severe RNA misprocessing is a major cause of congenital muscular dystrophy. Specifically, they identified several abnormalities in the genetic coding process that give rise to the disease, including one that affects the way in which a single gene produces multiple proteins.

Using mouse models that mimic the disease in humans, the researchers also showed disruption of a particular protein during prenatal development results in muscle disorders at birth. Devising mouse models that replicate the effects of congenital myotonic dystrophy is especially important because there are limitations, including limited sample availability, to studying the disease in human tissue, Swanson said.

Altogether, the results show that disrupting certain RNA processing activities before birth alters the genetic switches that are essential for muscle tissue development. That is significant because knowing where and when congenital myotonic dystrophy arises within genes is an important first step on the road to a potential cure, Swanson said.

“This provides us important new information about where we should go next and what kinds of therapeutics might be effective against this hereditary disease,” Swanson said.

Researchers from the Osaka University Graduate School of Medicine in Osaka, Japan, collaborated on the research. The study was supported by the National Institutes of Health, the Japan Society for the Promotion of Science, and the Myotonic Dystrophy and Wyck foundations.