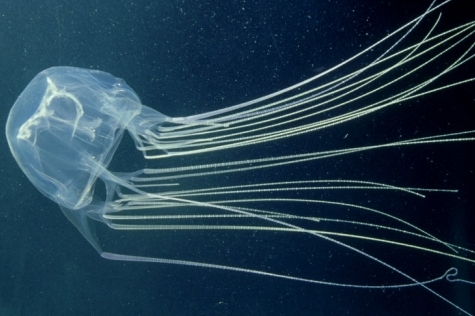 Aldosterone alters the chromatin structure of the murine endothelin-1 gene.

Here we investigated changes in the chromatin structure of the Edn1 gene of collecting duct cell lines in response to aldosterone treatment. The Edn1 gene has a CpG island that encompasses the transcription start site and four sites in the 5′ regulatory region previously linked to transcriptional regulation.

The evidence supports a model in which aldosterone activation of the mineralocorticoid receptor (MR) results in the MR-hormone complex binding at HRE at -671bp to open chromatin structure around other regulatory elements in the Edn1 gene.

Journal: Proceedings of the National Academies of Sciences

Abstract: Alzheimer’s disease (AD) is the most prevalent of a large group of related proteinopathies for which there is currently no cure. Here, we used Drosophila to explore a strategy to block Aβ42 neurotoxicity through engineering of the Heat shock protein 70 (Hsp70), a chaperone that has demonstrated neuroprotective activity against several intracellular amyloids. To target its protective activity against extracellular Aβ42, we added a signal peptide to Hsp70. This secreted form of Hsp70 (secHsp70) suppresses Aβ42 neurotoxicity in adult eyes, reduces cell death, protects the structural integrity of adult neurons, alleviates locomotor dysfunction, and extends lifespan. SecHsp70 binding to Aβ42 through its holdase domain is neuroprotective, but its ATPase activity is not required in the extracellular space. Thus, the holdase activity of secHsp70 masks Aβ42 neurotoxicity by promoting the accumulation of nontoxic aggregates. Combined with other approaches, this strategy may contribute to reduce the burden of AD and other extracellular proteinopathies.

Small GTPases Rab8a and Rab11a Are Dispensable for Rhodopsin Transport in Mouse Photoreceptors.

A new transcriptome and transcriptome profiling of adult and larval tissue in the box jellyfish Alatina alata: an emerging model for studying venom, vision and sex.

Abstract: Cubozoans (box jellyfish) are cnidarians that have evolved a number of distinguishing features. Many cubozoans have a particularly potent sting, effected by stinging structures called nematocysts; cubozoans have well-developed light sensation, possessing both image-forming lens eyes and light-sensitive eye spots; and some cubozoans have complex mating behaviors, including aggregations, copulation and internal fertilization. The cubozoan Alatina alata is emerging as a cnidarian model because it forms predictable monthly nearshore breeding aggregations in tropical to subtropical waters worldwide, making both adult and larval material reliably accessible. To develop resources for A. alata, this study generated a functionally annotated transcriptome of adult and larval tissue, applying preliminary differential expression analyses to identify candidate genes involved in nematogenesis and venom production, vision and extraocular sensory perception, and sexual reproduction, which for brevity we refer to as “venom”, “vision” and “sex”.

We assembled a transcriptome de novo from RNA-Seq data pooled from multiple body parts (gastric cirri, ovaries, tentacle (with pedalium base) and rhopalium) of an adult female A. alata medusa and larval planulae. Our transcriptome comprises ~32 K transcripts, after filtering, and provides a basis for analyzing patterns of gene expression in adult and larval box jellyfish tissues. Furthermore, we annotated a large set of candidate genes putatively involved in venom, vision and sex, providing an initial molecular characterization of these complex features in cubozoans. Expression profiles and gene tree reconstruction provided a number of preliminary insights into the putative sites of nematogenesis and venom production, regions of phototransduction activity and fertilization dynamics in A. alata.

Our Alatina alata transcriptome significantly adds to the genomic resources for this emerging cubozoan model. This study provides the first annotated transcriptome from multiple tissues of a cubozoan focusing on both the adult and larvae. Our approach of using multiple body parts and life stages to generate this transcriptome effectively identified a broad range of candidate genes for the further study of coordinated processes associated with venom, vision and sex. This new genomic resource and the candidate gene dataset are valuable for further investigating the evolution of distinctive features of cubozoans, and of cnidarians more broadly.

Abstract: Chile is topographically and climatically diverse, with a wide array of diverse undisturbed ecosystems that include native plants that are highly adapted to local conditions. However, our understanding of the diversity, activity, and role of rhizobacteria associated with natural vegetation in undisturbed Chilean extreme ecosystems is very poor. In the present study, the combination of denaturing gradient gel electrophoresis and 454-pyrosequencing approaches was used to describe the rhizobacterial community structures of native plants grown in three representative Chilean extreme environments: Atacama Desert (ATA), Andes Mountains (AND), and Antarctic (ANT). Both molecular approaches revealed the presence of Proteobacteria, Bacteroidetes, and Actinobacteria as the dominant phyla in the rhizospheres of native plants. Lower numbers of operational taxonomic units (OTUs) were observed in rhizosphere soils from ATA compared with AND and ANT. Both approaches also showed differences in rhizobacterial community structures between extreme environments and between plant species. The differences among plant species grown in the same environment were attributed to the higher relative abundance of classes Gammaproteobacteria and Alphaproteobacteria. However, further studies are needed to determine which environmental factors regulate the structures of rhizobacterial communities, and how (or if) specific bacterial groups may contribute to the growth and survival of native plants in each Chilean extreme environments.

Abstract: Subtropical evergreen broad-leaved forest (EBLF) is one of the most important vegetation types in China. Inferences from palaeo-biome reconstruction (PBR) and phylogeography regarding range shift history of EBLF during the late Quaternary are controversial and should be reconciled. We compared phylogeographic patterns of three EBLF constituents in China, Castanopsis tibetana, Machilus thunbergii and Schima superba. Contrary to a chorus of previous phylogeographic studies and the results of species distribution modelling (SDM) of this study (in situ survival during the LGM), the three species displayed three different phylogeographic patterns that conform to either an in situ survival model or an expansion-contraction model. These results are partially congruent with the inference of PBR that EBLF was absent to the north of 24° N at the LGM. This study suggests that the constituents of EBLF could have responded idiosyncratically to climate changes during the Late Quaternary. The community assemblages of EBLF could have been changing over time, resulting in no palaeo-analogs to modern-day EBLF, which may be the main reason responsible for the failure of PBR to detect the occurrence of EBLF north of 24° N at the LGM.