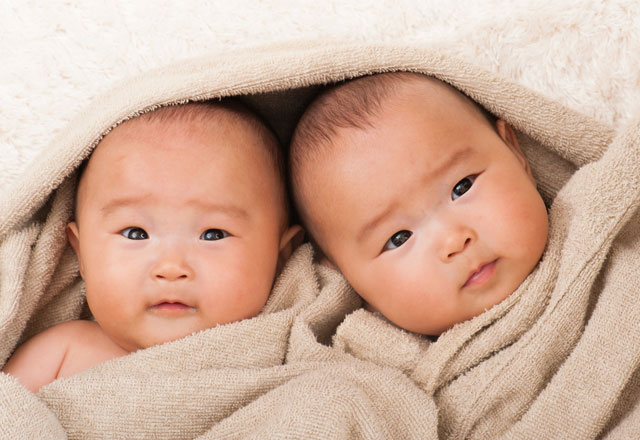 Factors That Influence the Quality of RNA From the Pancreas of Organ Donors.

Abstract: Attaining high-quality RNA from the tissues or organs of deceased donors used for research can be challenging due to physiological and logistical considerations. In this investigation,METHODS: RNA Integrity Number (RIN) was determined in pancreatic samples from 236 organ donors and used to define high (≥6.5) and low (≤4.5) quality RNAs. Logistic regression was used to evaluate the potential effects of novel or established organ and donor factors on RIN.

Cortisol and DHEA in Development and Psychopathology.

Abstract: Dehydroepiandrosterone (DHEA) and cortisol are the most abundant hormones of the human fetal and adult adrenals released as end products of a tightly coordinated endocrine response to stress. Together, they mediate short- and long-term stress responses and enable physiological and behavioral adjustments necessary for maintaining homeostasis. Detrimental effects of chronic or repeated elevations in cortisol on behavioral and emotional health are well documented. Evidence for actions of DHEA that offset or oppose those of cortisol has stimulated interest in examining their levels as a ratio, as an alternate index of adrenocortical activity and the net effects of cortisol. Such research necessitates a thorough understanding of the co-actions of these hormones on physiological functioning and in association with developmental outcomes. This review addresses the state of the science in understanding the role of DHEA, cortisol, and their ratio in typical development and developmental psychopathology. A rationale for studying DHEA and cortisol in concert is supported by physiological data on the coordinated synthesis and release of these hormones in the adrenal and by their opposing physiological actions. We then present evidence that researching cortisol and DHEA necessitates a developmental perspective. Age-related changes in DHEA and cortisol are described from the perinatal period through adolescence, along with observed associations of these hormones with developmental psychopathology. Along the way, we identify several major knowledge gaps in the role of DHEA in modulating cortisol in typical development and developmental psychopathology with implications for future research.

Journal: The Journal of Biological Chemistry

Abstract: Stalling at DNA replication forks generates stretches of single-stranded (ss) DNA on both strands that are exposed to nucleolytic degradation, potentially compromising genome stability. One enzyme crucial for DNA replication fork repair and restart of stalled forks in human is Metnase (also known as SETMAR), a chimeric fusion protein consisting of a SET histone methylase and transposase nuclease domain. We previously showed that Metnase possesses a unique fork cleavage activity necessary for its function in replication restart and that its SET domain is essential for recovery from hydroxyurea-induced DNA damage. However, its exact role in replication restart is unclear. In this study we show that Metnase associates with exonuclease 1 (Exo1), a 5′ exonuclease crucial for 5 end resection to mediate DNA processing at stalled forks. Metnase’ DNA cleavage activity was not required for Exo1 5′ exonuclease activity on the lagging strand daughter DNA, but its DNA binding activity mediated loading of Exo1 onto ssDNA overhangs. Metnase-induced enhancement of Exo1-mediated DNA strand resection required the presence of these overhangs but did not require Metnase DNA cleavage activity. These results suggest that Metnase enhances Exo1-mediated exonuclease activity on the lagging-strand DNA by facilitating Exo1 loading onto a single-strand gap at the stalled replication fork.

Abstract: Genetic-epidemiological studies that estimate the contributions of genetic factors to variation in tic symptoms are scarce. We estimated the extent to which genetic and environmental influences contribute to tics, employing various phenotypic definitions ranging between mild and severe symptomatology, in a large population-based adult twin-family sample.

In an extended twin-family design, we analysed lifetime tic data reported by adult mono- and dizygotic twins (n = 8323) and their family members (n = 7164; parents and siblings) from 7311 families in the Netherlands Twin Register. We measured tics by the abbreviated version of the Schedule for Tourette and Other Behavioral Syndromes. Heritability was estimated by genetic structural equation modeling for four tic disorder definitions: three dichotomous and one trichotomous phenotype, characterized by increasingly strictly defined criteria.

Prevalence rates of the different tic disorders in our sample varied between 0.3 and 4.5% depending on tic disorder definition. Tic frequencies decreased with increasing age. Heritability estimates varied between 0.25 and 0.37, depending on phenotypic definitions. None of the phenotypes showed evidence of assortative mating, effects of shared environment or non-additive genetic effects.

Heritabilities of mild and severe tic phenotypes were estimated to be moderate. Overlapping confidence intervals of the heritability estimates suggest overlapping genetic liabilities between the various tic phenotypes. The most lenient phenotype (defined only by tic characteristics, excluding criteria B, C and D of DSM-IV) rendered sufficiently reliable heritability estimates. These findings have implications in phenotypic definitions for future genetic studies.

Abstract: Cinnamoyl-CoA reductase (CCR) catalyzes the reduction of hydroxycinnamoyl-CoA esters using NADPH to produce hydroxycinnamyl aldehyde precursors in lignin synthesis. The catalytic mechanism and substrate specificity of cinnamoyl-CoA reducases from Sorghum bicolor, a strategic plant for the bioenergy production, were deduced from crystal structures, site-directed mutagenesis, and kinetic and thermodynamic analyses. Although SbCCR1 displayed higher affinity for caffeoyl-CoA or p-coumaroyl-CoA than for feruloyl-CoA, the enzyme showed significantly higher activity for the latter substrate. Through molecular docking and comparisons between the crystal structures of the Vitis vinifera dihydroflavonol reductase and SbCCR1, residues Thr154 and Tyr310 were pinpointed as being involved in binding CoA-conjugated phenylpropanoids. Thr154 of SbCCR1 and other CCRs likely confers strong substrate specificity for feruloyl-CoA over other cinnamoyl-CoA thioesters and the T154Y mutation in SbCCR1 led to broader substrate specificity and faster turnover. Through data mining using our structural and biochemical information, four additional putative SbCCR genes were discovered from sorghum genomic data. One of these, SbCCR3 displayed greater activity toward p-coumaroyl-CoA than did SbCCR1, which could be indicative of playing a role in the synthesis of defense-related lignin. Taken together, these findings provide knowledge of critical residues on their substrate preference among CCRs, and provide the first three-dimensional structure information for a CCR from a monocot species.

Abstract: 7-deazapurine modifications were thought to be highly specific of tRNAs, but have now been discovered in DNA of phages and of phylogenetically diverse bacteria, illustrating the plasticity of these modification pathways. The intermediate 7-cyano-7-deazaguanine (preQ0) is a shared precursor in the pathways leading to the insetion of 7-deazapurine derivatives in both tRNA and DNA. It is also used as an intermediate in the synthesis of secondary metabolites such as toyocamacin. The presence of 7-deazapurine in DNA is proposed to be a protection mechanism against endonucleases. This makes preQ0 a metabolite of underappreaciated but central importance.