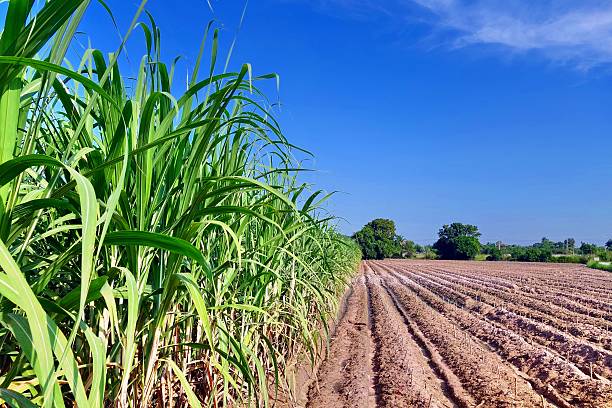 Adeno-associated virus (AAV) is the most common vector for clinical gene therapy of the CNS. This popularity originates from a high safety record and the longevity of transgene expression in neurons. Nevertheless, clinical efficacy for CNS indications is lacking, and one reason for this is the relatively limited spread and transduction efficacy in large regions of the human brain. Using rationally designed modifications of the capsid, novel AAV capsids have been generated that improve intracellular processing and result in increased transgene expression. Here, we sought to improve AAV-mediated neuronal transduction to minimize the existing limitations of CNS gene therapy. We investigated the efficacy of CNS transduction using a variety of tyrosine and threonine capsid mutants based on AAV2, AAV5, and AAV8 capsids, as well as AAV2 mutants incapable of binding heparan sulfate (HS). We found that mutating several tyrosine residues on the AAV2 capsid significantly enhanced neuronal transduction in the striatum and hippocampus, and the ablation of HS binding also increased the volumetric spread of the vector. Interestingly, the analogous tyrosine substitutions on AAV5 and AAV8 capsids did not improve the efficacy of these serotypes. Our results demonstrate that the efficacy of CNS gene transfer can be significantly improved with minor changes to the AAV capsid and that the effect is serotype specific.

Testing support for the northern and southern dispersal routes out of Africa: an analysis of Levantine and southern Arabian populations.

The Northern Dispersal Route (NDR) and Southern Dispersal Route (SDR) are hypothesized to have been used by modern humans in the dispersal out of Africa. The NDR follows the Nile into Northeast Africa and crosses the Red Sea into the Levant. The SDR emerges from the Horn of Africa and crosses the Bab el-Mandeb into southern Arabia. In this study, we analyze genetic data from populations living along the NDR and SDR to test support for each dispersal route.

We find that Levantine and southern Arabian populations bear similar genetic relationships to both African and non-African populations, thus providing no support for the use of one dispersal route over the other.

Our results are consistent with a history of gene flow between the Levant and southern Arabia. Consideration of genetic, archaeological, and paleoclimate data provide a slight edge for the SDR but, ultimately, more data are needed to definitively identify which dispersal route out of Africa was used.

Several microsatellite-expansion diseases are characterized by the accumulation of RNA foci and RAN proteins, raising the possibility of a mechanistic connection. We explored this question using myotonic dystrophy type 2, a multisystemic disease thought to be primarily caused by RNA gain-of-function effects. We demonstrate that the DM2 CCTG⋅CAGG expansion expresses sense and antisense tetrapeptide poly-(LPAC) and poly-(QAGR) RAN proteins, respectively. In DM2 autopsy brains, LPAC is found in neurons, astrocytes, and glia in gray matter, and antisense QAGR proteins accumulate within white matter. LPAC and QAGR proteins are toxic to cells independent of RNA gain of function. RNA foci and nuclear sequestration of CCUG transcripts by MBNL1 is inversely correlated with LPAC expression. These data suggest a model that involves nuclear retention of expansion RNAs by RNA-binding proteins (RBPs) and an acute phase in which expansion RNAs exceed RBP sequestration capacity, are exported to the cytoplasm, and undergo RAN translation. VIDEO ABSTRACT.

The eBioKit, a stand-alone educational platform for bioinformatics.

Bioinformatics skills have become essential for many research areas; however, the availability of qualified researchers is usually lower than the demand and training to increase the number of able bioinformaticians is an important task for the bioinformatics community. When conducting training or hands-on tutorials, the lack of control over the analysis tools and repositories often results in undesirable situations during training, as unavailable online tools or version conflicts may delay, complicate, or even prevent the successful completion of a training event. The eBioKit is a stand-alone educational platform that hosts numerous tools and databases for bioinformatics research and allows training to take place in a controlled environment. A key advantage of the eBioKit over other existing teaching solutions is that all the required software and databases are locally installed on the system, significantly reducing the dependence on the internet. Furthermore, the architecture of the eBioKit has demonstrated itself to be an excellent balance between portability and performance, not only making the eBioKit an exceptional educational tool but also providing small research groups with a platform to incorporate bioinformatics analysis in their research. As a result, the eBioKit has formed an integral part of training and research performed by a wide variety of universities and organizations such as the Pan African Bioinformatics Network (H3ABioNet) as part of the initiative Human Heredity and Health in Africa (H3Africa), the Southern Africa Network for Biosciences (SAnBio) initiative, the Biosciences eastern and central Africa (BecA) hub, and the International Glossina Genome Initiative.

Sugarcane is the world’s most efficient feedstock for commercial production of bioethanol due to its superior biomass production and accumulation of sucrose in stems. Integrating first and second generation ethanol conversion processes will enhance the biofuel yield per unit area by utilizing both sucrose as well as cell wall bound sugars for fermentation. RNAi suppression of the lignin biosynthetic gene caffeic acid O-methyltransferase (COMT) has been demonstrated to improve bioethanol production from lignocellulosic biomass. Genome editing has been used in a number of crops for creation of loss of function phenotypes but is very challenging in sugarcane due to its highly polyploid genome. In this study, a conserved region of COMT was targeted with a single Transcription Activator-Like Effector Nuclease (TALEN) pair for multi-allelic mutagenesis to modify lignin biosynthesis in sugarcane. Field grown TALEN mediated COMT mutants showed up to 19.7% lignin reduction and significantly decreased syringyl to guaiacyl (S/G) ratio resulting in an up to 43.8% improved saccharification efficiency. Biomass production of COMT mutant lines with superior saccharification efficiency did not differ significantly from the original cultivar under replicated field conditions. Sanger sequencing of cloned COMT amplicons (1351-1657 bp) revealed co-editing of 107 of the 109 unique COMT copies/alleles in vegetative progeny of line CB6 using a single TALEN pair. Line CB6 combined altered cell wall composition and drastically improved saccharification efficiency with good agronomic performance. These findings confirm the feasibility of co-mutagenesis of a very large number of target alleles/copies for improvement of crops with complex genomes. This article is protected by copyright. All rights reserved.

Alzheimer’s disease (AD) is a prevalent neurodegenerative disorder triggered by the accumulation of soluble assemblies of the amyloid-β42 (Aβ42) peptide. Despite remarkable advances in understanding the pathogenesis of AD, the development of palliative therapies is still lacking. Engineered anti-Aβ42 antibodies are a promising strategy to stall the progression of the disease. Single-chain variable fragment (scFv) antibodies increase brain penetration and offer flexible options for delivery while maintaining the epitope targeting of full antibodies. Here, we examined the ability of two anti-Aβ scFv antibodies targeting the N-terminal (scFv9) and C-terminal (scFv42.2) regions of Aβ42 to suppress the progressive memory decline induced by extracellular deposition of Aβ42 in Drosophila. Using olfactory classical conditioning, we observe that both scFv antibodies significantly improve memory performance in flies expressing Aβ42 in the mushroom body neurons, which are intimately involved in the coding and storage of olfactory memories. The scFvs effectively restore memory at all ages, from one-day post-eclosion to thirty-day-old flies, proving their ability to prevent the toxicity of different pathogenic assemblies. These data support the application of this paradigm of Aβ42-induced memory loss in Drosophila to investigate the protective activity of Aβ42-binding agents in an AD-relevant functional assay.

In Pompe disease, deficient lysosomal acid α-glucosidase (GAA) activity causes glycogen accumulation in the muscles, which leads to weakness, cardiomyopathy, and respiratory failure. Although glycogen accumulation also occurs in the nervous system, the burden of neurological deficits in Pompe disease remains obscure. In this study, a neuron-specific gene therapy was administered to Pompe mice through intracerebroventricular injection of a viral vector carrying a neuron-specific promoter. The results revealed that gene therapy increased GAA activity and decreased glycogen content in the brain and spinal cord but not in the muscles of Pompe mice. Gene therapy only slightly increased the muscle strength of Pompe mice but substantially improved their performance on the rotarod, a test measuring motor coordination. Gene therapy also decreased astrogliosis and increased myelination in the brain and spinal cord of Pompe mice. Therefore, a neuron-specific treatment improved the motor coordination of Pompe mice by lowering glycogen accumulation, decreasing astrogliosis, and increasing myelination. These findings indicate that neurological deficits are responsible for a significant burden in Pompe disease.

DNA nanostructures assembled on living cell membranes have become powerful research tools. Synthetic lipid membranes have been used as a membrane model to study the dynamic behavior of DNA nanostructures on fluid soft lipid bilayers, but without the inherent complexity of natural membranes. Herein, we report the assembly and disassembly of DNA nanoprisms on cell-mimicking micrometer-scale giant membrane vesicles derived from living mammalian cells. Three-dimensional DNA nanoprisms with a DNA arm and a cholesterol anchor were efficiently localized on the membrane surface. The assembly and disassembly of DNA nanoprisms were dynamically manipulated by DNA strand hybridization and toehold-mediated strand displacement. Furthermore, the heterogeneity of reversible assembly/disassembly of DNA nanoprisms was monitored by Förster resonance energy transfer. This study suggests the feasibility of DNA-mediated functional biomolecular assembly on cell membranes for biomimetics studies and delivery systems.

Thermal Stability as a Determinant of AAV Serotype Identity.

Currently, there are over 150 ongoing clinical trials utilizing adeno-associated viruses (AAVs) to target various genetic diseases, including hemophilia (AAV2 and AAV8), congenital heart failure (AAV1 and AAV6), cystic fibrosis (AAV2), rheumatoid arthritis (AAV2), and Batten disease (AAVrh.10). Prior to patient administration, AAV vectors must have their serotype, concentration, purity, and stability confirmed. Here, we report the application of differential scanning fluorimetry (DSF) as a good manufacturing practice (GMP) capable of determining the melting temperature (Tm) for AAV serotype identification. This is a simple, rapid, cost effective, and robust method utilizing small amounts of purified AAV capsids (∼25 μL of ∼1011 particles). AAV1-9 and AAVrh.10 exhibit specific Tms in buffer formulations commonly used in clinical trials. Notably, AAV2 and AAV3, which are the least stable, have varied Tms, whereas AAV5, the most stable, has a narrow Tm range in the different buffers, respectively. Vector stability was dictated by VP3 only, specifically, the ratio of basic/acidic amino acids, and was independent of VP1 and VP2 content or the genome packaged. Furthermore, stability of recombinant AAVs differing by a single basic or acidic amino acid residue are distinguishable. Hence, AAV DSF profiles can serve as a robust method for serotype identification of clinical vectors.

Relationship between acute and chronic toxicity for prevalent organic pollutants in Vibrio fischeri based upon chemical mode of action.