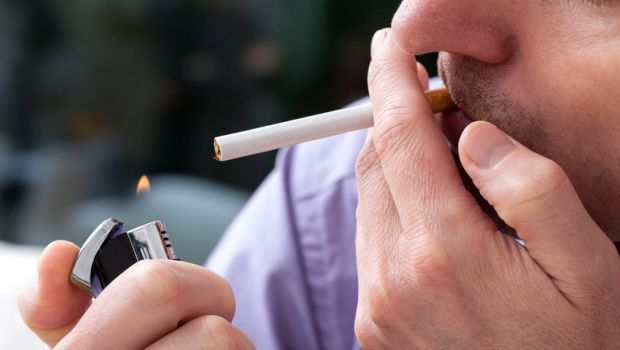 The regulatory role of the transcription factor Crz1 in stress tolerance, pathogenicity, and its target gene expression in Metarhizium acridum.

Abstract: In fungi, the Ca2+/calcineurin signaling pathway is critical in mediating growth, morphology, stress responses, and pathogenicity. Crz1 is a calcineurin-responsive zinc finger transcription factor. Here, MaCrz1 was identified and functionally characterized in the entomopathogenic fungus Metarhizium acridum by characterization of a targeted gene knockout strain. Conidia of the ΔMacrz1 mutant were aberrant in cell surface features and lacked the characteristic hydrophobic rodlet layer, and the mutant displayed increased sensitivity to oxidative stress, cell wall perturbing agents, heat stress, and ultraviolet irradiation as compared to the wild-type and complemented strains. Insect bioassay using locusts revealed decreased virulence for the ΔMaCrz1 mutant, with defects in the ability of the mutant to penetrate the host cuticle. The ΔMaCrz1 mutant also showed greatly reduced chitin and β-1,3-glucan level in the cell wall. Transcriptomic profiling revealed genes involved in cell wall synthesis, conidiation, stress tolerance, and calcium transport that were downregulated in the ΔMaCrz1 mutant. Our results demonstrate that MaCrz1 plays important roles in stress susceptibility and pathogenicity, and provides clues as to the genes and pathways targeted by the transcription factor.

Abstract: Spinocerebellar ataxia type 10 (SCA10), an autosomal dominant cerebellar ataxia disorder, is caused by a non-coding ATTCT microsatellite repeat expansion in the ataxin 10 gene. In a subset of SCA10 families, the 5′-end of the repeat expansion contains a complex sequence of penta- and heptanucleotide interruption motifs which is followed by a pure tract of tandem ATCCT repeats of unknown length at its 3′-end. Intriguingly, expansions that carry these interruption motifs correlate with an epileptic seizure phenotype and are unstable despite the theory that interruptions are expected to stabilize expanded repeats. To examine the apparent contradiction of unstable, interruption-positive SCA10 expansion alleles and to determine whether the instability originates outside of the interrupted region, we sequenced approximately 1 kb of the 5′-end of SCA10 expansions using the ATCCT-PCR product in individuals across multiple generations from four SCA10 families. We found that the greatest instability within this region occurred in paternal transmissions of the allele in stretches of pure ATTCT motifs while the intervening interrupted sequences were stable. Overall, the ATCCT interruption changes by only one to three repeat units and therefore cannot account for the instability across the length of the disease allele. We conclude that the AT-rich interruptions locally stabilize the SCA10 expansion at the 5′-end but do not completely abolish instability across the entire span of the expansion. In addition, analysis of the interruption alleles across these families support a parsimonious single origin of the mutation with a shared distant ancestor.

Abstract: Prior research in multiple insect species has demonstrated that insecticide-induced mortality varies according to the body region exposed on the insect. This variation has been demonstrated in Culex quinquefasciatus Say (Diptera: Culicidae), but has not been quantified using dose-response curves. Applications of technical permethrin or malathion to one of three body regions on Cx. quinquefasciatus resulted in dose-response curves that were not equivalent to one another. The generated LD90 values and curves for each body region were compared with previously reported LD values for analogous sites in several mosquito species, specifically the mesothorax. Based on the present results, the permethrin and malathion LD50 and LD90 concentrations required for droplets impinging on the abdomen and mesothorax of Cx. quinquefasciatus when applied through ground-based spray systems utilized by mosquito control programmes were calculated.

Abstract: The sugar beet monosomic addition line M14 is a unique germplasm that contains genetic materials from Beta vulgaris L. and Beta corolliflora Zoss, and shows tolerance to salt stress. Our study focuses on exploring the molecular mechanism of the salt tolerance of the sugar beet M14. In order to identify differentially expressed genes in M14 under salt stress, a subtractive cDNA library was generated by suppression subtractive hybridization (SSH). A total of 36 unique sequences were identified in the library and their putative functions were analyzed. One of the genes, S-adenosylmethionine synthetase (SAMS), is the key enzyme involved in the biosynthesis of S-adenosylmethionine (SAM), a precursor of polyamines. To determine the potential role of SAMS in salt tolerance, we isolated BvM14-SAMS2 from the salt-tolerant sugar beet M14. The expression of BvM14-SAMS2 in leaves and roots was greatly induced by salt stress. Overexpression of BvM14-SAMS2 in Arabidopsis resulted in enhanced salt and H₂O₂ tolerance. Furthermore, we obtained a knock-down T-DNA insertion mutant of AtSAMS3, which shares the highest homology with BvM14-SAMS2. Interestingly, the mutant atsam3 showed sensitivity to salt and H₂O₂ stress. We also found that the antioxidant system and polyamine metabolism play an important role in salt and H₂O₂ tolerance in the BvM14-SAMS2-overexpressed plants. To our knowledge, the function of the sugar beet SAMS has not been reported before. Our results have provided new insights into SAMS functions in sugar beet.

Erdj3 has an essential role for Z variant Alpha-1-Antitrypsin Degradation.

Abstract: Alpha-1-antitrypsin deficiency (AATD) is an inherited disease characterized by emphysema and liver disease. AATD is most often caused by a single amino acid substitution at amino acid 342 in the mature protein, resulting in the Z mutation of the alpha-1-antitrypsin gene (ZAAT). This substitution is associated with misfolding and accumulation of ZAAT in the endoplasmic reticulum (ER) of hepatocytes and monocytes, causing a toxic gain of function. Retained ZAAT is eliminated by ER-associated degradation and autophagy. We hypothesized that alpha-1-antitrypsin (AAT)-interacting proteins play critical roles in quality control of human AAT. Using co-immunoprecipitation, we identified ERdj3, an ER-resident Hsp40 family member, as a part of the AAT trafficking network. Depleting ERdj3 increased the rate of ZAAT degradation in hepatocytes by redirecting ZAAT to the ER calreticulin-EDEM1 pathway, followed by autophagosome formation. In the Huh7.5 cell line, ZAAT ER clearance resulted from enhancing ERdj3-mediated ZAAT degradation by silencing ERdj3 while simultaneously enhancing autophagy. In this context, ERdj3 suppression may eliminate the toxic gain of function associated with polymerization of ZAAT, thus providing a potential new therapeutic approach to the treatment of AATD-related liver disease. This article is protected by copyright. All rights reserved.

Impact of Gestational Nicotine Exposure on Intrauterine and Fetal Infection in a Rodent Model1.

Abstract: We investigated the interaction between prenatal nicotine exposure and intrauterine infection using established rat models. Beginning at gestation day (GD) 6, dams were continuously infused with either saline or 6 mg/kg/day nicotine (Nic). At GD 14, dams received either sterile broth or 105 CFU Mycoplasma pulmonis (MP), resulting in 4 treatment groups: Control (4 dams, 33 fetal units); MP only (5 dams, 55 fetal units); Nic only (5 dams, 61 fetal units) and Nic + MP (7 dams, 82 fetal units). At GD 18, nicotine exposure significantly increased (P ≤ 0.02) the percentage of amniotic fluids and fetuses infected by MP but did not impact colonization rates of maternal sites. Nicotine exposure significantly reduced the numbers of MP in the placenta required for high microbial loads (≥104 CCU) in the amniotic fluid (P < 0.01). Fetal inflammatory response lesions were most extensive in the Nic only and Nic + MP groups (P < 0.0001). Control and MP only placentas were IL10-dominant, consistent with an M2/Th2 environment. Placentas exposed to nicotine shifted to a neutral environment, with equivalent levels of IFNG and IL10. Both IL6 and TNF levels in amniotic fluid were highly elevated when both nicotine and infection were present. Our study suggests that prenatal exposure to nicotine increases the risk for intrauterine infection, lowers the infectious dose required to breach the placental barrier and infect the amniotic fluid and fetus, and alters the pathology and inflammatory profile associated with maternal and fetal sites.