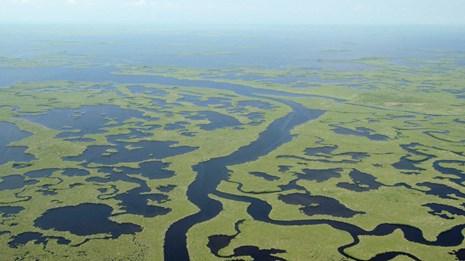 The genetics of fruit flavour preferences.

Intensively bred fruit crops, including tomatoes and strawberries, are widely viewed as lacking flavour. The lack of breeder focus on the consumer is largely due to the genetic complexity of the flavour phenotype as well as a lack of a simple assay that can define consumer preferences. Rapid advances in genomics have opened up new opportunities to understand the chemistry and genetics of flavour. Here, we describe the underlying causes for the loss of flavour in fruits over time and delineate a blueprint for defining the chemistry of consumer liking, reducing that knowledge into a molecular roadmap for flavour improvement.

The subgingival microbiome in patients with established rheumatoid arthritis.

To profile and compare the subgingival microbiome of RA patients with OA controls.

Alpha diversity indices were similar in RA and OA after accounting for periodontitis. After filtering, 286 taxa were available for analysis. Samples grouped into one of seven clusters with membership sizes of 324, 223, 3, 2, 2, 1 and 1 patients, respectively. RA-OA status was not associated with cluster membership. Factors associated with cluster 1 (vs 2) membership included periodontitis, smoking, marital status and Caucasian race. Accounting for periodontitis, 10 taxa (3.5% of those examined) were in lower abundance in RA than OA. There were no associations between lower abundance taxa or other select taxa examined with RA autoantibody concentrations.

Leveraging data from a large case-control study and accounting for multiple factors known to influence oral health status, results from this study failed to identify a subgingival microbial fingerprint that could reliably discriminate RA from OA patients.

Human cell lines are an important resource for research, and are often used as in vitro models of human diseases. In response to the mandate that all cells should be authenticated, we discovered that the MDA-MB-231 cells that were in use in our lab, did not validate based on the alleles of 9 different markers (STR Profile). We had been using this line as a model of triple negative breast cancer (TNBC) that has the ability to form tumors in immuno-compromised mice. Based on marker analysis, these cells most closely resembled the MCF10A line, which are a near diploid and normal mammary epithelial line. Yet, the original cells express carbonic anhydrase IX (CAIX) both constitutively and in response to hypoxia and are features that likely drive the aggressive nature of these cells. Thus, we sought to sub-purify CAIX-expressing cells using Fluorescence Activated Cell Sorting (FACS). These studies have revealed a new line of cells that we have name UFH-001, which have the TNBC phenotype, are positive for CAIX expression, both constitutively and in response to hypoxia, and behave aggressively in vivo. These cells may be useful for exploring mechanisms that underlie progression, migration, and metastasis of this phenotype. In addition, constitutive expression of CAIX allows its evaluation as a therapeutic target, both in vivo and in vitro.

Significant correlations were found between all qMR and functional measures. Vastus lateralis qMR measures correlated most strongly to functional endpoints (|ρ| = 0.68-0.78), although measures in other rapidly progressing muscles including the biceps femoris (|ρ| = 0.63-0.73) and peroneals (|ρ| = 0.59-0.72) also showed strong correlations. Quantitative MR biomarkers were excellent indicators of loss of functional ability and correlated with qualitative measures of function. A VL FF of 0.40 was an approximate lower threshold of muscle pathology associated with loss of ambulation.

Lower extremity qMR biomarkers have a robust relationship to clinically meaningful measures of ambulatory function in Duchenne muscular dystrophy. These results provide strong supporting evidence for qMR biomarkers and set the stage for their potential use as surrogate outcomes in clinical trials.

Mutations in the BEST1 gene cause detachment of the retina and degeneration of photoreceptor (PR) cells due to a primary channelopathy in the neighboring retinal pigment epithelium (RPE) cells. The pathophysiology of the interaction between RPE and PR cells preceding the formation of retinal detachment remains not well-understood. Our studies of molecular pathology in the canine BEST1 disease model revealed retina-wide abnormalities at the RPE-PR interface associated with defects in the RPE microvillar ensheathment and a cone PR-associated insoluble interphotoreceptor matrix. In vivo imaging demonstrated a retina-wide RPE-PR microdetachment, which contracted with dark adaptation and expanded upon exposure to a moderate intensity of light. Subretinal BEST1 gene augmentation therapy using adeno-associated virus 2 reversed not only clinically detectable subretinal lesions but also the diffuse microdetachments. Immunohistochemical analyses showed correction of the structural alterations at the RPE-PR interface in areas with BEST1 transgene expression. Successful treatment effects were demonstrated in three different canine BEST1 genotypes with vector titers in the 0.1-to-5E11 vector genomes per mL range. Patients with biallelic BEST1 mutations exhibited large regions of retinal lamination defects, severe PR sensitivity loss, and slowing of the retinoid cycle. Human translation of canine BEST1 gene therapy success in reversal of macro- and microdetachments through restoration of cytoarchitecture at the RPE-PR interface has promise to result in improved visual function and prevent disease progression in patients affected with bestrophinopathies.

Methanogens Are Major Contributors to Nitrogen Fixation in Soils of the Florida Everglades.

The objective of this study was to investigate the interaction of the nitrogen (N) cycle with methane production in the Florida Everglades, a large freshwater wetland. This study provides an initial analysis of the distribution and expression of N-cycling genes in Water Conservation Area 2A (WCA-2A), a section of the marsh that underwent phosphorus (P) loading for many years due to runoff from upstream agricultural activities. The elevated P resulted in increased primary productivity and an N limitation in P-enriched areas. Results from quantitative real-time PCR (qPCR) analyses indicated that the N cycle in WCA-2A was dominated by nifH and nirK/S, with an increasing trend in copy numbers in P-impacted sites. Many nifH sequences (6 to 44% of the total) and nifH transcript sequences (2 to 49%) clustered with the methanogenic Euryarchaeota, in stark contrast to the proportion of core gene sequences representing Archaea (≤0.27% of SSU rRNA genes) for the WCA-2A microbiota. Notably, archaeal nifH gene transcripts were detected at all sites and comprised a significant proportion of total nifH transcripts obtained from the unimpacted site, indicating that methanogens are actively fixing N2 Laboratory incubations with soils taken from WCA-2A produced nifH transcripts with the production of methane from H2 plus CO2 and acetate as electron donors and carbon sources. Methanogenic N2 fixation is likely to be an important, although largely unrecognized, route through which fixed nitrogen enters the anoxic soils of the Everglades and may have significant relevance regarding methane production in wetlands.IMPORTANCE Wetlands are the most important natural sources of the greenhouse gas methane, and much of that methane emanates from (sub)tropical peatlands. Primary productivity in these peatlands is frequently limited by the availability of nitrogen or phosphorus; however, the response to nutrient limitations of microbial communities that control biogeochemical cycling critical to ecosystem function may be complex and may be associated with a range of processes, including methane production. We show that many, if not most, of the methanogens in the peatlands of the Florida Everglades possess the nifH gene and actively express it for N2 fixation coupled with methanogenesis. These findings indicate that archaeal N2 fixation would play crucial role in methane emissions and overall N cycle in subtropical wetlands suffering N limitation.

Hormetic benefits of prior anoxia exposure in buffering anoxia stress in a soil-pupating insect.

Oxygen is essential for most animals, and exposure to a complete lack of oxygen, i.e. anoxia, can result in irreparable damage to cells that can extend up to the organismal level to negatively affect performance. Although it is known that brief anoxia exposure may confer cross-tolerance to other stressors, few data exist on the biochemical and organismal consequences of repeated intermittent bouts of anoxia exposure. In nature, the Caribbean fruit fly, Anastrepha suspensa (Diptera: Tephritidae), is frequently exposed to heavy tropical rainfall while pupating in the soil, equating to multiple exposures to hypoxia or anoxia during development. Here, we tested whether prior anoxia exposures during pupal development can induce a beneficial acclimation response, and we explored the consequences of prior exposure for both whole-organism performance and correlated biochemical metrics. Pharate adults (the last developmental stage in the pupal case) were most sensitive to anoxia exposure, showing decreased survival and fertility compared with controls. These negative impacts were ameliorated by exposure to anoxia in earlier pupal developmental stages, indicating a hormetic effect of prior anoxia exposure. Anoxia exposure early in pupal development reduced the oxygen debt repaid after anoxia exposure relative to pharate adults experiencing anoxia for the first time. Lipid levels were highest in all pupal stages when exposed to prior anoxia. Prior anoxia thus benefits organismal performance and relocates resources towards lipid storage throughout pupal-adult development.

Jasmonate ZIM-domain (JAZ) proteins are key transcriptional repressors regulating various biological processes. Although many studies have studied JAZ proteins by genetic and biochemical analyses, little is known about JAZ7-associated global protein networks and how JAZ7 contributes to bacterial pathogen defense. In this study, we aim to fill this knowledge gap by conducting unbiased large-scale quantitative proteomics using tandem mass tags (TMT). We compared the proteomes of a JAZ7 knock-out line, a JAZ7 overexpression line, as well as the wild type Arabidopsis plants in the presence and absence of Pseudomonas syringae DC3000 infection. Both pairwise comparison and multi-factor analysis of variance reveal that differential proteins are enriched in biological processes such as primary and secondary metabolism, redox regulation, and response to stress. The differential regulation in these pathways may account for the alterations in plant size, redox homeostasis and accumulation of glucosinolates. In addition, possible interplay between genotype and environment is suggested as the abundance of seven proteins is influenced by the interaction of the two factors. Collectively, we demonstrate a role of JAZ7 in pathogen defense and provide a list of proteins that are uniquely responsive to genetic disruption, pathogen infection, or the interaction between genotypes and environmental factors.

We report proteomic changes as a result of genetic perturbation of JAZ7, and the contribution of JAZ7 in plant immunity. Specifically, the similarity between the proteomes of a JAZ7 knockout mutant and the wild type plants confirmed the functional redundancy of JAZs. In contrast, JAZ7 overexpression plants were much different, and proteomic analysis of the JAZ7 overexpression plants under Pst DC3000 infection revealed that JAZ7 may regulate plant immunity via ROS modulation, energy balance and glucosinolate biosynthesis. Multiple variate analysis for this two-factor proteomics experiment suggests that protein abundance is determined by genotype, environment and the interaction between them.

Evidence for Mother-to-Child Transmission of Zika Virus Through Breast Milk.

Zikavirus (ZIKV) is an emerging viral pathogen that continues to spread throughout different regions of the world. Herein we report a case that provides further evidence that ZIKV transmission can occur through breastfeeding by providing a detailed clinical, genomic, and virological case-based description.