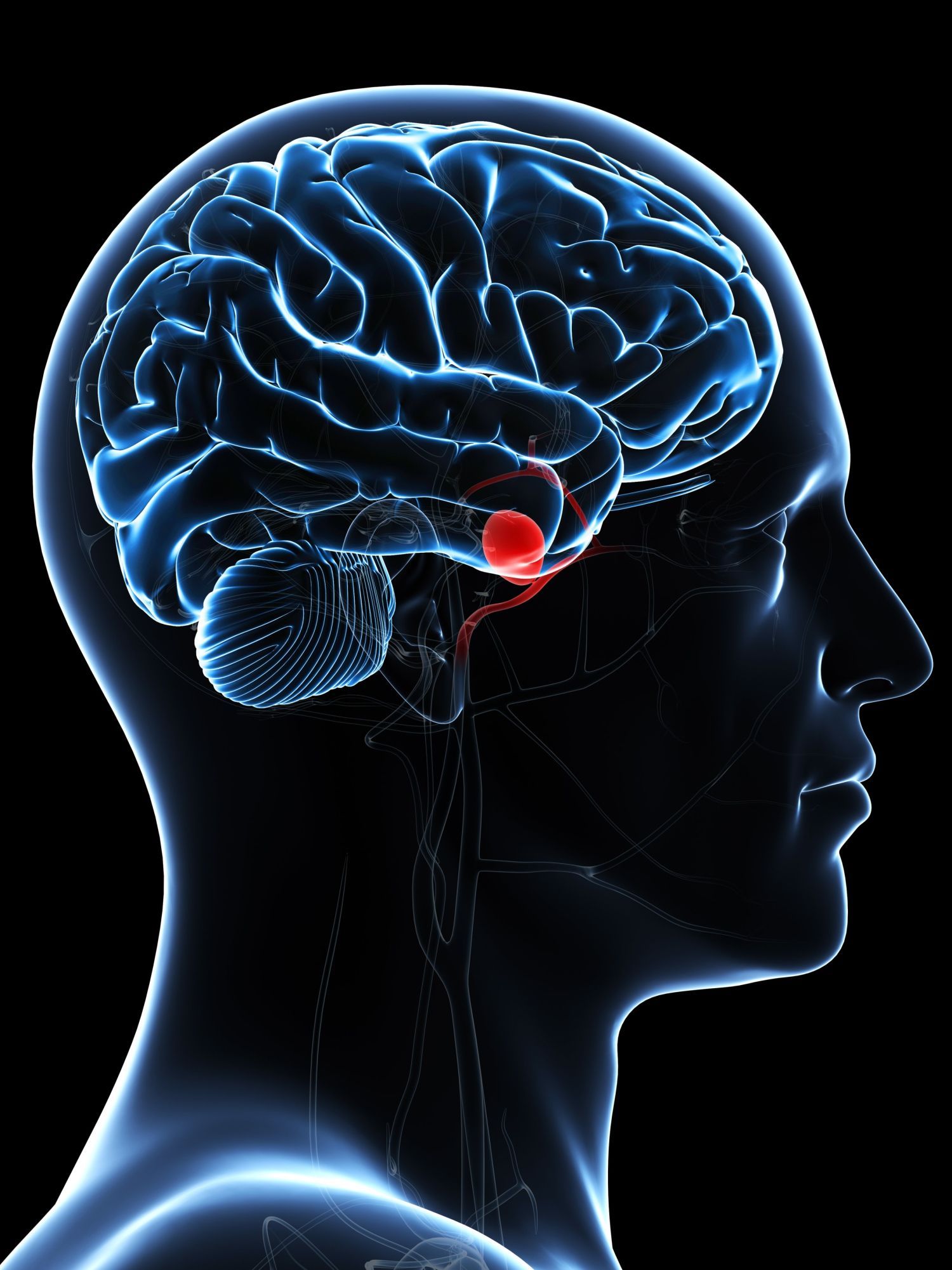 Abstract: Most chloroplast proteins are synthesized in the cytosol and imported into chloroplasts. Many imported proteins are further targeted to the thylakoid membrane and lumen by the SEC1, TAT or SRP/ALB3 translocases. Others are targeted to the inner chloroplast envelope membrane by un-described translocase(s). Recently, a second SEC system (SEC2) consisting of SCY2, SECE2, and SECA2 was found in the chloroplast envelope. Null mutants of SCY2 in Arabidopsis exhibit a severe embryo lethal phenotype. To investigate the function of SEC2 system in plants, we used inducible RNAi to knockdown SCY2 in Arabidopsis. Seedlings cultured with inducer were chlorotic with aberrant chloroplasts and undeveloped thylakoids, indicating an essential role for SCY2 in chloroplast biogenesis beyond embryo development. In SCY2 down-regulated seedlings, several thylakoid membrane proteins including SCY1, ALB3 and TATC, and inner envelope membrane proteins TIC40, TIC110 and FTSH12 were substantially reduced, suggesting that they may be SEC2 substrates. Additional insight was achieved by in vitro reconstitution of protein integration into chloroplast membranes. Results show that SCY1 and ALB3 target directly to the thylakoid membrane and are likely independent of SEC2. FTSH12 was integrated into the envelope membrane in a coupled import-integration reaction that was impaired by the SECA inhibitor sodium azide. The stromal intermediate of TIC40 integrated into the envelope in a reaction that was largely inhibited when antibodies against epitope tagged SCY2 or SECE2 were applied. These data demonstrate that the SEC2 translocase likely integrates a subset of inner envelope membrane proteins, such as FTSH12 and TIC40.

Abstract: Myotonic dystrophy (DM) is an autosomal dominant neuromuscular disease primarily characterized by myotonia and progressive muscle weakness. The pathogenesis of DM involves microsatellite expansions in noncoding regions of transcripts that result in toxic RNA gain-of-function. Each successive generation of DM families carries larger repeat expansions, leading to an earlier age of onset with increasing disease severity. At present, diagnosis of DM is challenging and requires special genetic testing to account for somatic mosaicism and meiotic instability. While progress in genetic testing has been made, more rapid, accurate, and cost-effective approaches for measuring repeat lengths are needed to establish clear correlations between repeat size and disease phenotypes.

Abstract: We sought to determine if connective tissue growth factor (CTGF) is necessary for the formation of corneal haze after corneal injury. Mice with post-natal, tamoxifen-induced, knockout of CTGF were subjected to excimer laser phototherapeutic keratectomy (PTK) and the corneas were allowed to heal. The extent of scaring was observed in non-induced mice, heterozygotes, and full homozygous knockout mice and quantified by macrophotography. The eyes from these mice were collected after euthanization for re-genotyping to control for possible Cre-mosaicism. Primary corneal fibroblasts from CTGF knockout corneas were established in a gel plug assay. The plug was removed, simulating an injury, and the rate of hole closure and the capacity for these cells to form light reflecting cells in response to CTGF and platelet-derived growth factor B (PDGF-B) were tested and compared to wild-type cells. We found that independent of genotype, each group of mice was still capable of forming light reflecting haze in the cornea after laser ablation (p = 0.40). Results from the gel plug closure rate in primary cell cultures of knockout cells were not statistically different from serum starved wild-type cells, independent of treatment. Compared to the serum starved wild-type cells, stimulation with PDGF-BB significantly increased the KO cell culture’s light reflection (p = 0.03). Most interestingly, both reflective cultures were positive for α-SMA, but the cellular morphology and levels of α-SMA were distinct and not in proportion to the light reflection seen. This new work demonstrates that corneas without CTGF can still form sub-epithelial haze, and that the light reflecting phenotype can be reproduced in culture. These data support the possibilities of growth factor redundancy and that multiple pro-haze pathways exist.

Abstract: Non-alcoholic fatty liver disease (NAFLD) is a common metabolic disorder in obese individuals. Adenine nucleotide translocase (ANT) exchanges ADP/ATP through the mitochondrial inner membrane, and Ant2 is the predominant isoform expressed in the liver. Here we demonstrate that targeted disruption of Ant2 in mouse liver enhances uncoupled respiration without damaging mitochondrial integrity and liver functions. Interestingly, liver specific Ant2 knockout mice are leaner and resistant to hepatic steatosis, obesity and insulin resistance under a lipogenic diet. Protection against fatty liver is partially recapitulated by the systemic administration of low-dose carboxyatractyloside, a specific inhibitor of ANT. Targeted manipulation of hepatic mitochondrial metabolism, particularly through inhibition of ANT, may represent an alternative approach in NAFLD and obesity treatment.

Derivation and Evaluation of Putative Adverse Outcome Pathways for the Effects of Cyclooxygenase Inhibitors on Reproductive Processes in Female Fish.

Abstract: This document is an update to the 2011 Clinical Pharmacogenetics Implementation Consortium (CPIC) guideline for CYP2C9 and VKORC1 genotypes and warfarin dosing. Evidence from the published literature is presented for CYP2C9, VKORC1, CYP4F2, and rs12777823 genotype-guided warfarin dosing to achieve a target international normalized ratio of 2-3 when clinical genotype results are available. In addition, this updated guideline incorporates recommendations for adult and pediatric patients that are specific to continental ancestry. This article is protected by copyright. All rights reserved.

We induced aneurysm formation in C57BL/6 mice and quantified contributions of M1 and M2 macrophages in aneurysm specimens with or without neutrophil blockade. In our aneurysm model, the left common carotid and right renal arteries were ligated, and mice were placed on a hypertensive high fat diet. One week later, stereotactic injection with elastase solution into the basal cisterns was performed. An angiotensin II secreting osmotic pump was implanted. The mice were then treated with anti-CXCL1 antibody or IgG control antibody. Animals were euthanized at 3 days, or 1 or 2 weeks. The circle of Willis was analyzed using immunohistochemistry for M1 and M2 macrophage phenotype contributions.

Proinflammatory M1/M2 ratio increased in cerebral aneurysm formation over time, from 0.56 at 3 days to 1.75 at 2 weeks (p<0.0001). In contrast, anti-CXCL1 antibody blockade led to polarization towards an anti-inflammatory phenotype with an M1/M2 ratio of 0.95 at 2 weeks compared with IgG treated mice (p=0.0007).

CXCL1 dependent neutrophil inflammation appears to have an important role in macrophage polarization to M1 phenotype in cerebral aneurysm development.

Abstract: The regulatory network and biological functions of the fungal secondary metabolite oosporein have remained obscure. Beauveria bassiana has evolved the ability to parasitize insects and outcompete microbial challengers for assimilation of host nutrients. A novel zinc finger transcription factor, BbSmr1 (B. bassiana secondary metabolite regulator 1), was identified in a screen for oosporein overproduction. Deletion of Bbsmr1 resulted in up-regulation of the oosporein biosynthetic gene cluster (OpS genes) and constitutive oosporein production. Oosporein production was abolished in double mutants of Bbsmr1 and a second transcription factor, OpS3, within the oosporein gene cluster (ΔBbsmr1ΔOpS3), indicating that BbSmr1 acts as a negative regulator of OpS3 expression. Real-time quantitative PCR and a GFP promoter fusion construct of OpS1, the oosporein polyketide synthase, indicated that OpS1 is expressed mainly in insect cadavers at 24-48 h after death. Bacterial colony analysis in B. bassiana-infected insect hosts revealed increasing counts until host death, with a dramatic decrease (∼90%) after death that correlated with oosporein production. In vitro studies verified the inhibitory activity of oosporein against bacteria derived from insect cadavers. These results suggest that oosporein acts as an antimicrobial compound to limit microbial competition on B. bassiana-killed hosts, allowing the fungus to maximally use host nutrients to grow and sporulate on infected cadavers.

Abstract: Bromodomains are protein domains that serve as “readers” of acetylated lysine marks and mediate DNA-templated processes. In this issue of Cell Chemical Biology, Olzscha et al. (2017) report that the CBP/p300 bromodomains mediate the formation of amyloid-like aggregates and that inhibitors specific to these bromodomains reduce the degree of protein aggregation and mitigate HDAC inhibitor-induced cytotoxicity.

Retinoic acid receptor regulation of epimorphic and homeostatic regeneration in the axolotl.

Abstract: Salamanders are capable of regenerating amputated limbs by generating a mass of lineage-restricted cells called a blastema. Blastemas only generate structures distal to their origin unless treated with retinoic acid (RA), which results in proximodistal (PD) limb duplications. Little is known about the transcriptional network that regulates PD duplication. In this study, we target specific retinoic acid receptors (RARs) to either PD duplicate (RA treatment or RARγ agonist) or truncate (RARβ antagonist) regenerating limbs. RARE-EGFP reporter axolotls showed divergent reporter activity in limbs undergoing PD duplication versus truncation, suggesting differences in patterning and skeletal regeneration. Transcriptomics identified expression patterns that explain PD duplication, including upregulation of proximal homeobox gene expression and silencing of distal-associated genes, whereas limb truncation was associated with disrupted skeletal differentiation. RARβ antagonism in uninjured limbs induced a loss of skeletal integrity leading to long bone regression and loss of skeletal turnover. Overall, mechanisms were identified that regulate the multifaceted roles of RARs in the salamander limb including regulation of skeletal patterning during epimorphic regeneration, skeletal tissue differentiation during regeneration, and homeostatic regeneration of intact limbs.

Endonuclease EEPD1 Is a Gatekeeper for Repair of Stressed Replication Forks.

Abstract: Human enteric pathogens, such as Salmonella spp. and verotoxigenic Escherichia coli, are increasingly recognized as causes of gastroenteritis outbreaks associated with the consumption of fruits and vegetables. Persistence in plants represents an important part of the life cycle of these pathogens. The identification of the full complement of Salmonellagenes involved in the colonization of the model plant (tomato) was carried out using transposon insertion sequencing analysis. With this approach, 230,000 transposon insertions were screened in tomato pericarps to identify loci with reduction in fitness, followed by validation of the screen results using competition assays of the isogenic mutants against the wild type. A comparison with studies in animals revealed a distinct plant-associated set of genes, which only partially overlaps with the genes required to elicit disease in animals. De novo biosynthesis of amino acids was critical to persistence within tomatoes, while amino acid scavenging was prevalent in animal infections. Fitness reduction of the Salmonella amino acid synthesis mutants was generally more severe in the tomato rin mutant, which hyperaccumulates certain amino acids, suggesting that these nutrients remain unavailable to Salmonella spp. within plants. Salmonellalipopolysaccharide (LPS) was required for persistence in both animals and plants, exemplifying some shared pathogenesis-related mechanisms in animal and plant hosts. Similarly to phytopathogens, Salmonella spp. required biosynthesis of amino acids, LPS, and nucleotides to colonize tomatoes. Overall, however, it appears that while Salmonella shares some strategies with phytopathogens and taps into its animal virulence-related functions, colonization of tomatoes represents a distinct strategy, highlighting this pathogen’s flexible metabolism.

Outbreaks of gastroenteritis caused by human pathogens have been increasingly associated with foods of plant origin, with tomatoes being one of the common culprits. Recent studies also suggest that these human pathogens can use plants as alternate hosts as a part of their life cycle. While dual (animal/plant) lifestyles of other members of the Enterobacteriaceae family are well known, the strategies with which Salmonella colonizes plants are only partially understood. Therefore, we undertook a high-throughput characterization of the functions required for Salmonella persistence within tomatoes. The results of this study were compared with what is known about genes required for Salmonella virulence in animals and interactions of plant pathogens with their hosts to determine whether Salmonella repurposes its virulence repertoire inside plants or whether it behaves more as a phytopathogen during plant colonization. Even though Salmonella utilized some of its virulence-related genes in tomatoes, plant colonization required a distinct set of functions.