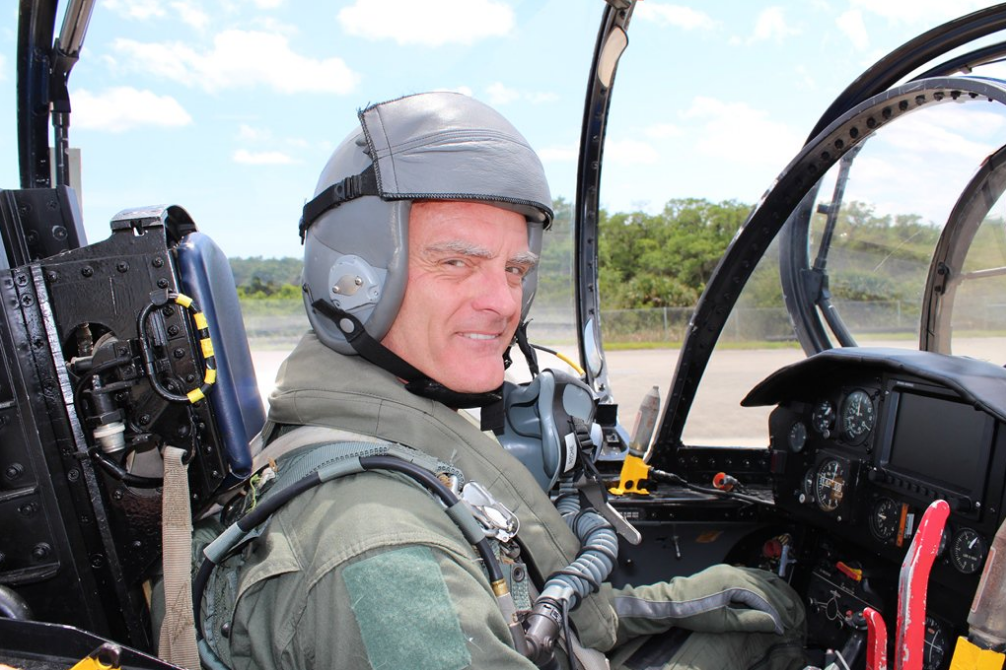 Once in a while, a researcher has the opportunity to be a part of a project that evokes interest and admiration from everyone, not just their colleagues. University of Florida Genetics Institute member Robert Ferl, PhD, is one of these lucky few.

Ferl is a space biologist. He also serves as the director of the Interdisciplinary Center for Biotechnology research. For the past 20 years, he has grown plants for NASA to send into space. This July, the American Institute of Aeronautics and Astronautics has recognized his work with their 2016 Jeffries Aerospace Medicine and Life Science Research Award.

Ferl was also awarded NASA’s Exceptional Scientific Achievement Medal August 8. He was recognized specifically for his “exceptional discoveries  on the International Space Station that have advanced scientific understanding related to plant growth and gene expression in microgravity.”

The Jeffries award is given in memoriam of American physician John Jeffries– the first person to collect scientific data using aeronautical equipment. Jeffries took air samples from different heights while piloting a gas balloon. His findings were published as “Narrative of Two Aerial Voyages” in 1786.

“I think it’s well deserved and fabulous honor,” said research partner Anna-Lisa Paul, PhD. “This award is usually not given to simple country molecular biologists like us.”

Paul is also a UFGI member and a research professor in the department of horticultural sciences. She and Ferl have been co-PIs for over 20 years. Their mutual colleague, Matthew Bamsey, PhD, of the German Space Agency, nominated Ferl for the award.

“Rob is the real visionary,” Paul said. “He’s very good at seeing possibilities for the future. A lot like Jeffries [he] sees new ways to do new things in new places that have not been done before.”

After all, how many people would think it scientifically valuable to garden in space?

It was Ferl’s idea to write the proposal to perform plant molecular biology experiments in space, which had never been done before. In 1996, NASA agreed to fund the project.

Three years later, their first project was loaded onto a shuttle, and sent into space. It was a set of Arabidopsis plants the research team had genetically engineered, so that the coding region of a key gene of interest had been replaced with the coding region of a gene that could create a colored compound. Every time the sensing region of a gene was stimulated, the engineered gene would be made. This enabled them to identify wherever a gene had been active within a specific tissue– thus providing an account of the different ways the plants reacted to spaceflight.

They found the plants responded by releasing the same enzyme they do when their growing site floods– alcohol dehydrogenase. Air on a spacecraft does not move like it does on Earth. Because plants can’t move, once they use up all the air in their immediate surroundings, they essentially begin to suffocate– a condition known as “hypoxic stress.”

Patches from various missions Ferl and Paul’s experiments have flown.

Their maiden experiment was one of many “firsts.” Ferl and Paul did the first transcriptome for plants in space, completed the first proteome and did the first experiment using green fluorescent protein reporter genes in plants.

“Plants make a good model system for us to understand how any organisms might deal with a space flight environment,” Paul said.

Humans can often move away from a stressor, which allows them to find adaptations other than remaining to confront the stress directly. Plants are stuck.

“They’re absolute masters of their metabolic universe,” Paul said. “They’ve had to evolve to deal with whatever the world throws at them in one place.”

Ferl said he wanted to study how organisms react to space, because it is completely alien to any environment found on Earth.

“For the first time we can ask what it would take for us to live in an environment for which we have no training,” he said.

The plants are not the only organism that travel beyond their normal environment. Ferl said one of the best parts of doing research through NASA is getting to work away from a typical lab. He and Paul have visited the Arthur Clarke Mars Greenhouse in the Canadian high arctic for experiments, and even taken rides in spaceflight training equipment. 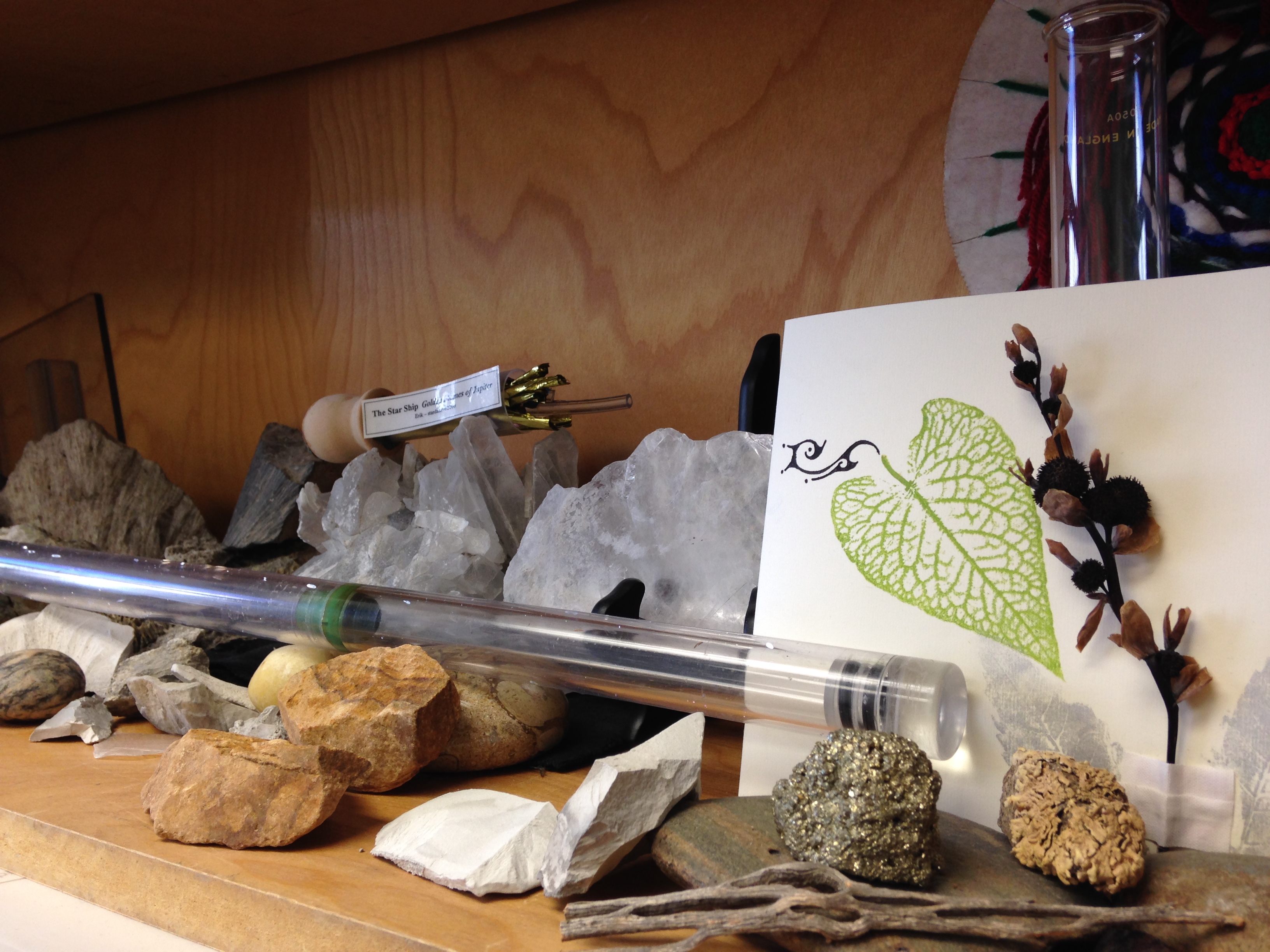 Well before people became capable of traveling to the stars, the question of what lies beyond the great blue yonder has fascinated us. American space exploration is nearly as nostalgic a national pastime as summer barbecues. Ferl admitted this sentiment has influenced his work.

“At some point in your career, if you can meld the things you do scientifically with things you find exciting spiritually, that’s a pretty good deal,” he said.

He is proud to be counted alongside those who have contributed to space exploration in more obvious ways– pilots, engineers and flight doctors– as well as researchers who expanded scientific boundaries.

“Expanding the footprint of terrestrial biology, it allows us to answer interesting questions, and brings our work in molecular biologists [alongside] rocket builders,” Ferl said. “There is a very positive message in that form of exploration.”