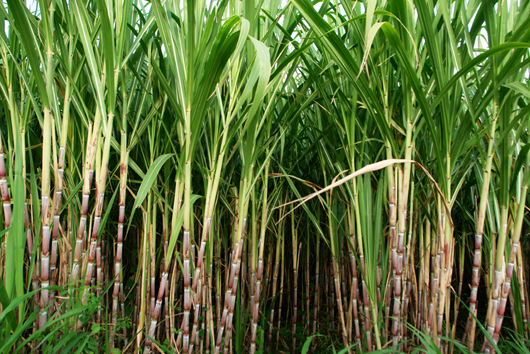 A University of Florida Genetics Institute member has identified a way to breed sugarcane that will increase ethanol yields from its biomass.

Sugarcane biomass is converted into energy through one of two ways– by burning in a sugar mill, or by extracting the sugars for ethanol production.

Because these methods make use of sugarcane in such distinct ways, the plants need to be cultivated to suit their specific purpose. If sugarcane is intended to be burned to create steam, it’s best if it contains lots of “lignin cellulosic biomass” or the material that makes up the woody stem.

However, if growers intend to use sugarcane to produce ethanol, they need to breed plants to have totally opposite physiology– hardy stems make it difficult to extract the sugars inside.

University of Florida Genetics Institute researcher Fredy Altpeter, professor in the agronomy department, has developed a method of plant breeding to improve sugarcane herbicide resistance, and reduce lignin content. The results of the study appeared in a November issue of Plant Molecular Biology.

“We have shown earlier with transgenic approaches that a reduction in lignin allows to break down the cell walls more efficiently to release the cell wall-bound sugars for production of biofuels,” Altpeter said.

To reduce the amount of lignin, Altpeter introduced gene sequences from sugarcane or sexually compatible plants into sugarcane that would modify the cell wall composition. Using an RNA interference approach, this suppressed a gene involved in lignin biosynthesis called 4-coumarate:coenzyme A ligase (4CL).

They also introduced a mutated acetolactate synthase gene from sexually compatible sorghum. This gene supports resistance to a broad spectrum of herbicides, and facilitated the recovery of the low-lignin events.

Brazilian sugarcane ethanol has been designated as an advanced biofuel by the U.S. Department of Energy, because it is more energy efficient, and reduces the greenhouse gas emissions much more dramatically than corn, Altpeter said.

“In the U.S. the focus is now on developing biofuel crops that do not compete with food or [livestock fodder] production,” Altpeter said. “Therefore we are applying this intragenic approach to species like energy cane [and sorghum] for improving their biofuel production.”

Such approaches are expected to facilitate regulatory approval, which will drastically reduce the cost when commercializing these biotech products.