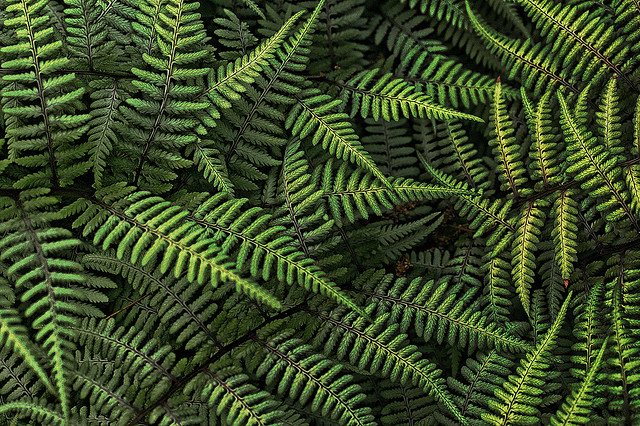 As one of the oldest plants on earth, ferns have continued to flourish using a novel chimeric photoreceptor gene called neochrome to evolve and survive in the shade beneath forests’ canopies.

UFGI member Douglas Soltis, distinguished professor at the Florida Museum of Natural History and department of biology, and a team of researchers led by Duke University scientists have discovered strong evidence that ferns acquired neochrome from the moss-like hornwort plant species via horizontal gene transfer (HGT).

Neochrome, a hybrid of two plant genes that code for photoreceptor proteins that sense blue and red light, allows plants to “see the light” better.

With the beginning of angiosperm-dominated ecosystems millions of years ago, ferns had to evolve in order to cope with low-light conditions. Acquisition of neochrome from hornwort occurred at a time crucial for fern survival.

The team’s findings provide the first evidence of HGT having a profound evolutionary impact as well as implications for photosensory system evolution in plants.

This study was published in the Proceedings of the National Academy of Sciences.