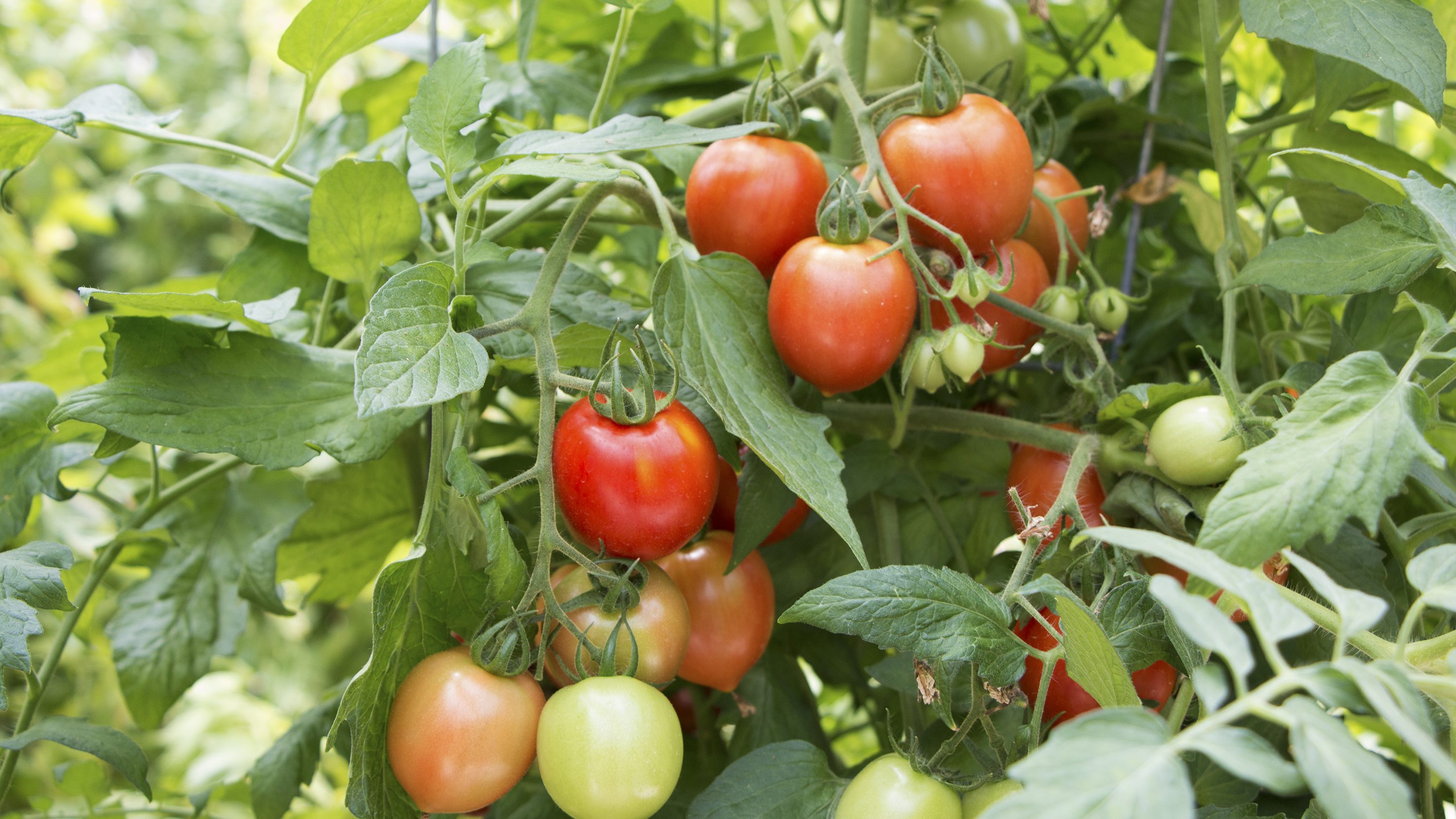 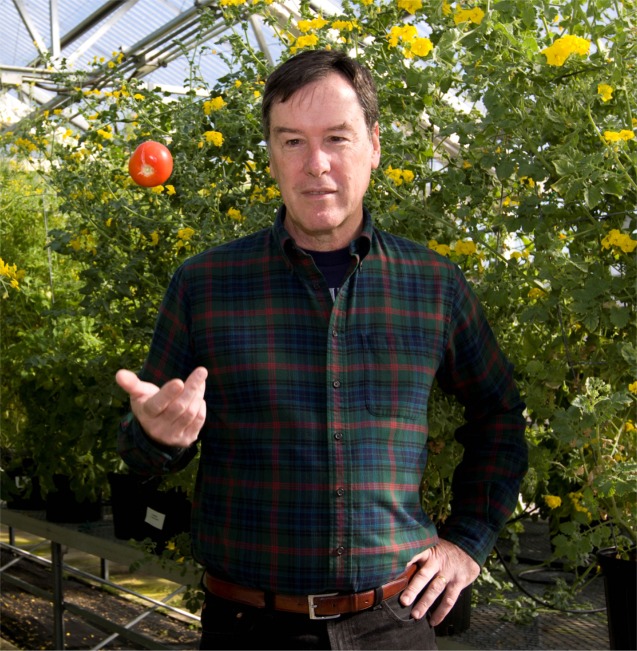 It doesn’t much matter what produce tastes like, if it’s a bruised, rotting mess by the time it reaches the consumer. So plant breeders focused on yield, disease resistance and shipping durability.

Which gave rise to a fruit that resembles its ancestor in appearance only.

“The industry is set up to produce millions of pounds of fruit, but flavor is not the priority,” Klee said.

Klee is a University of Florida Genetics Institute member, eminent scholar and professor of horticultural sciences.

He set out to re-invent the tomato by crossing a modern variety with an heirloom to create a hybrid possessing the hardiness needed to satisfy growers, and that long-gone savory complexity consumers missed.

The result is the Garden Gem.

Since then, he’s added two more varieties – Garden Treasure and an unnamed hybrid.

The Garden Gem is a smaller tomato, while the Garden Treasure is a behemoth– weighing in at roughly half-a-pound. The new hybrid is slightly smaller.

Garden Gem also tends to be ready to harvest a couple of weeks earlier than commercial tomatoes.

Humans have been cultivating tomatoes in the Americas for centuries.

The wild ancestor of modern tomatoes was the size of a berry. When the Spanish arrived in North America, they found indigenous farmers cultivating fruit roughly the size of a golf ball.

Now they range as large as man’s fist, but, if you ask Klee, almost none of them are worth eating.

“It’s the No. 1 source of consumer’s complaints,” Klee said. “They don’t taste good.”

Many people try to get around this by growing tomatoes at home.

A third of U.S. households have home gardens, and almost all of them include tomatoes, Klee said.

This has been a boon for his research program.

While he works to persuade commercial seed companies to take a chance on his plants, small farmers and home gardeners have been snapping up seeds.

In earlier days of the project, people who knew about the plants began pestering the researchers for seeds, so the lab set up an arrangement through the university where people could get them in exchange for a small donation.

Horticultural Sciences Chairman Kevin Folta encouraged them to advertise the seeds via social media. Requests have become so numerous, they’ve had to reduce how many seeds they put in a packet.

Donations have come in from 4,000 people, representing all 50 states and 37 countries.

“We’ve had several who have said they’re the best tomato they’ve ever eaten,” Klee said.

Laboratory Manager Dawn Bies is tasked with managing the Garden Gem Facebook page. It is a considerable responsibility. The page has more than 2,000 “likes,” and home gardeners often contact the page to request seeds, or ask for advice. She tries to update the page– posting photos of plants in the greenhouse, or harvesting in the field– at least once a week.

The page’s popularity got a boost after articles about the program appeared on Slate.com and Vox.com.

“I believe our page has gotten so much attention because people really like our research,” Bies said. 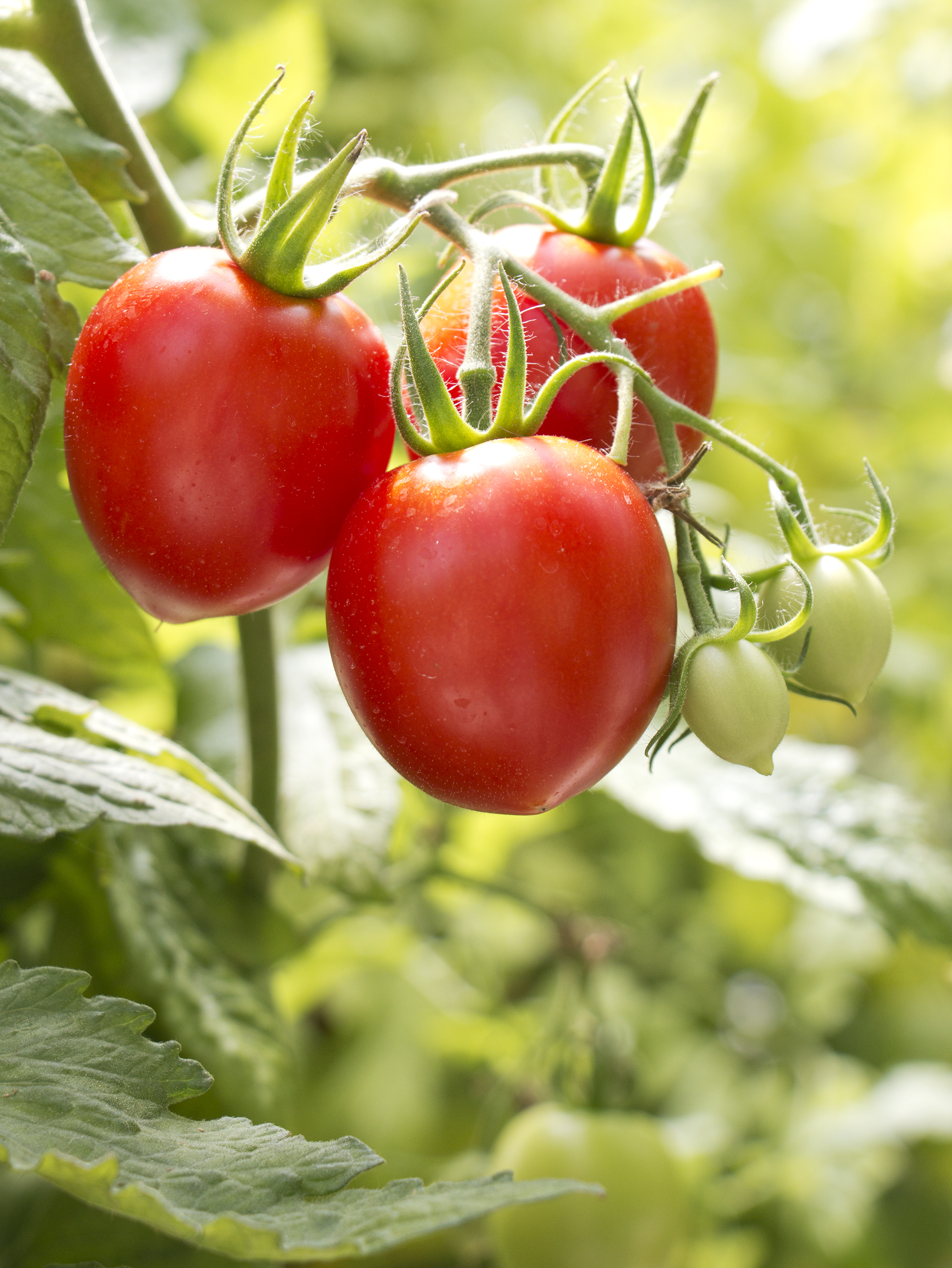 In addition to regular updates from the lab, the Facebook page is full of photos and comments from hobby growers asking questions, and marking the progress of their plants.

Comments range from frantic inquiries about yellowing leaves and pest infestations to astonishment over speed of growth and fruit yield. For frequent commenters, the page is more than a source of cultivation tips.

As Richard Wallace remarked during his update about using a greenhouse in the United Kingdom, “And may I say that, quite apart from the seed thing, what a pleasure it is to have become part of an international community of enthusiastic tomato growers.”

“I think one of the funniest posts I have seen yet were pictures of a donor’s tomato seedlings that had been decapitated by his cat eating them,” Bies said. “Luckily he had not planted all of his seeds.”

However, as commercial growers stand to lose much more than a handful of plants in the backyard by changing farming techniques, they have been wary of embracing a new seed strain.

Although consumers may not be completely satisfied with the fruit available to them, they are willing to buy it. Seed companies are not willing to buy and sell Garden Gem seeds until they’re absolutely sure it’s superior to what they’re already marketing.

For now, the lab must content itself with the adulation of home growers and roadside stand producers.

You can make a donation to receive seeds here.