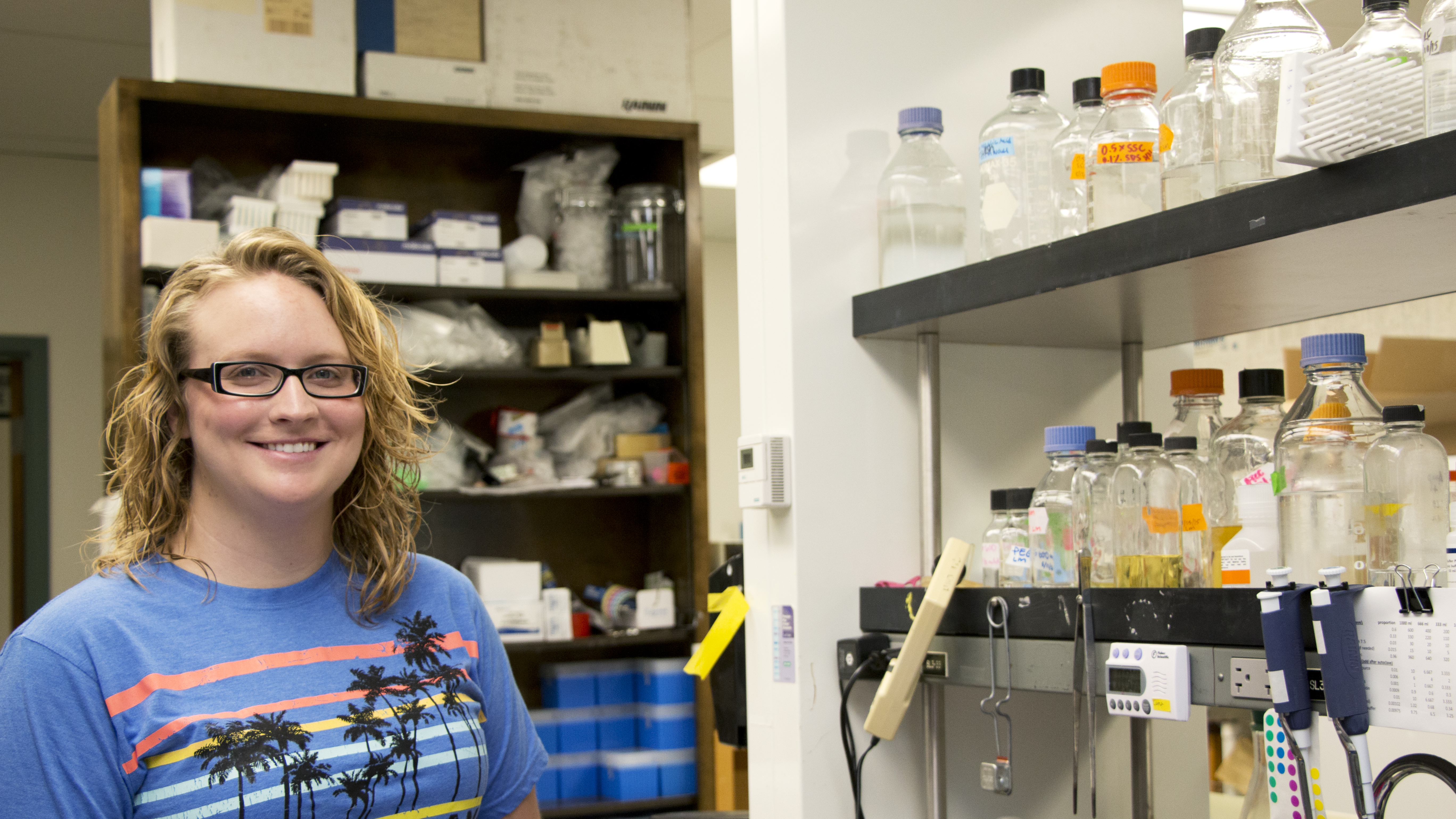 Genetics & Genomics Graduate Student in the lab of Julie Maupin-Furlow, a UFGI faculty member and professor in the department of microbiology and cell science
McMillan joined the program in 2012
This interview has been condensed, and edited, for clarity. 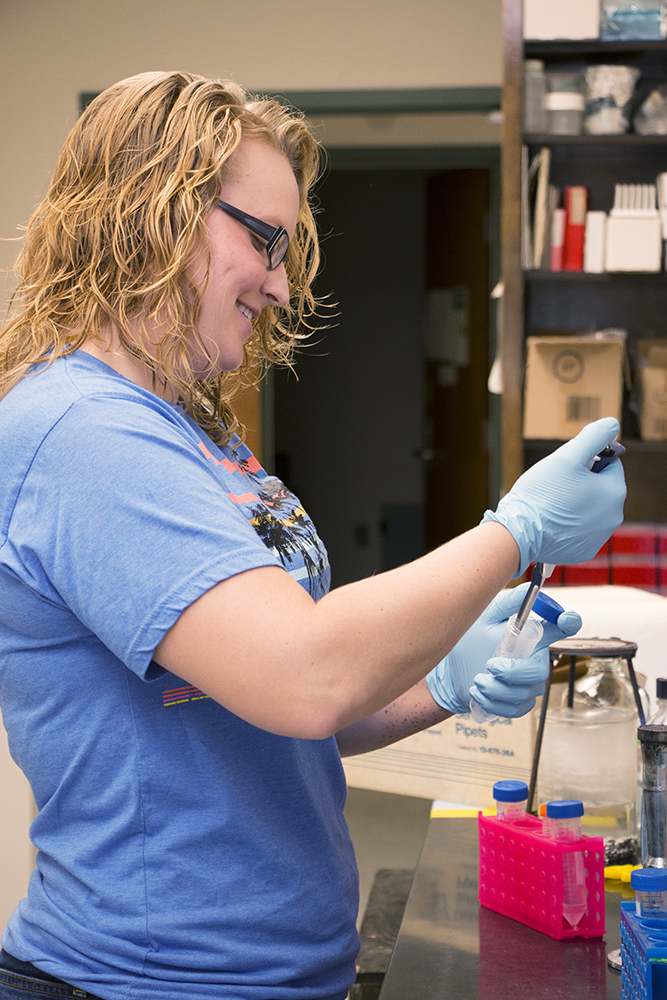 Lana McMillan prepares media in the lab of Julie Maupin-Furlow.

Why did you choose the UFGI Genetics & Genomics Graduate Program?

What brought me to UF was gene therapy. I thought it was really exciting. I thought maybe I wanted to get into medicine, but settled on microbiology. UF is one of the top public research universities, and that really caught my eye.

How has the G&G grad program helped you develop as a researcher?

I think the rotations really made me realize what I was into and not into. Because I really thought I was going to be into medicine. It’s nice to be able to spend enough time in a lab that you can actually do a project. You get a better idea of the real dynamic.

Our lab studies the protein degradation pathways in archaea. We study archaea, because there are a lot of unknowns. It’s more like basic science than applied science. We’re kind of just discovering things.

Diseases like amyotrophic lateral sclerosis and breast cancer are a result of a fault in the protein degradation pathway. The protein degradation pathway identifies damaged proteins, so that they can be eliminated. The pathway is responsible for a wide range of protein quality control. If we characterize this pathway really well, it could be used to study eukaryotes.

The Maupin-Furlow lab discovered an unusual enzyme during pursuit of a side project, which it has since undertaken to patent. Tell us a little about that–

It kind of happened fast. It was just some side project that was supposed to be quick. Ended up not being too quick. When we realized the enzyme was solvent tolerant– that changed everything. The only reason we looked at it was because one of the researchers needed it to do one of these downstream reactions.

What we’re patenting are the specific salt tolerant aspects. For example, if you wanted to do in vitro work where pyrophosphate is released, such as studying cholesterol. Synthesis of fats and oils requires a low water environment, because fats do not dissolve in water.

What would you like to do after completing the G&G grad program?

My whole reason for getting a PhD was to become an educator. I didn’t ever think I would go into industry or have a patent. It’s cool. It’s not really something I ever thought I would be a part of.

I want to be Ms. Frizzle, but at the university level. I want to be that teacher that makes a difference, and makes people care about science. I had a few of those teachers, and without them I wouldn’t even be here.

What do you do when you’re not in the lab?

I like to do stuff with my dog. I go to Payne’s Prairie and the Kanapaha Gardens. I take my dog. She’s a Corgi named Wanda. I like having old people names for dogs. I looked at popular names for dogs in the ‘20s. When I adopted her, her name was Belle. And she’s not a Belle. I like to go floating and to the springs. Generally being outside.