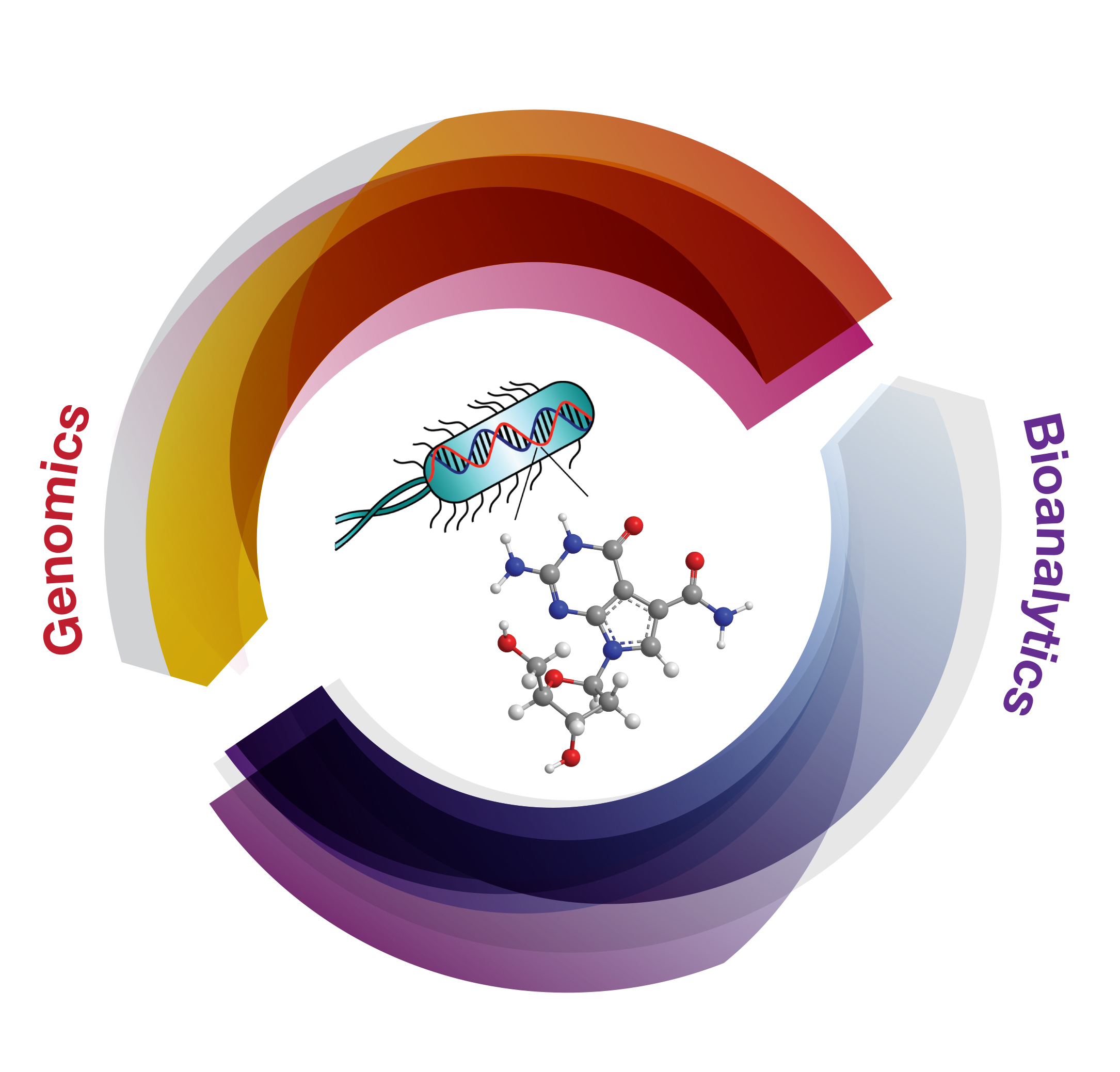 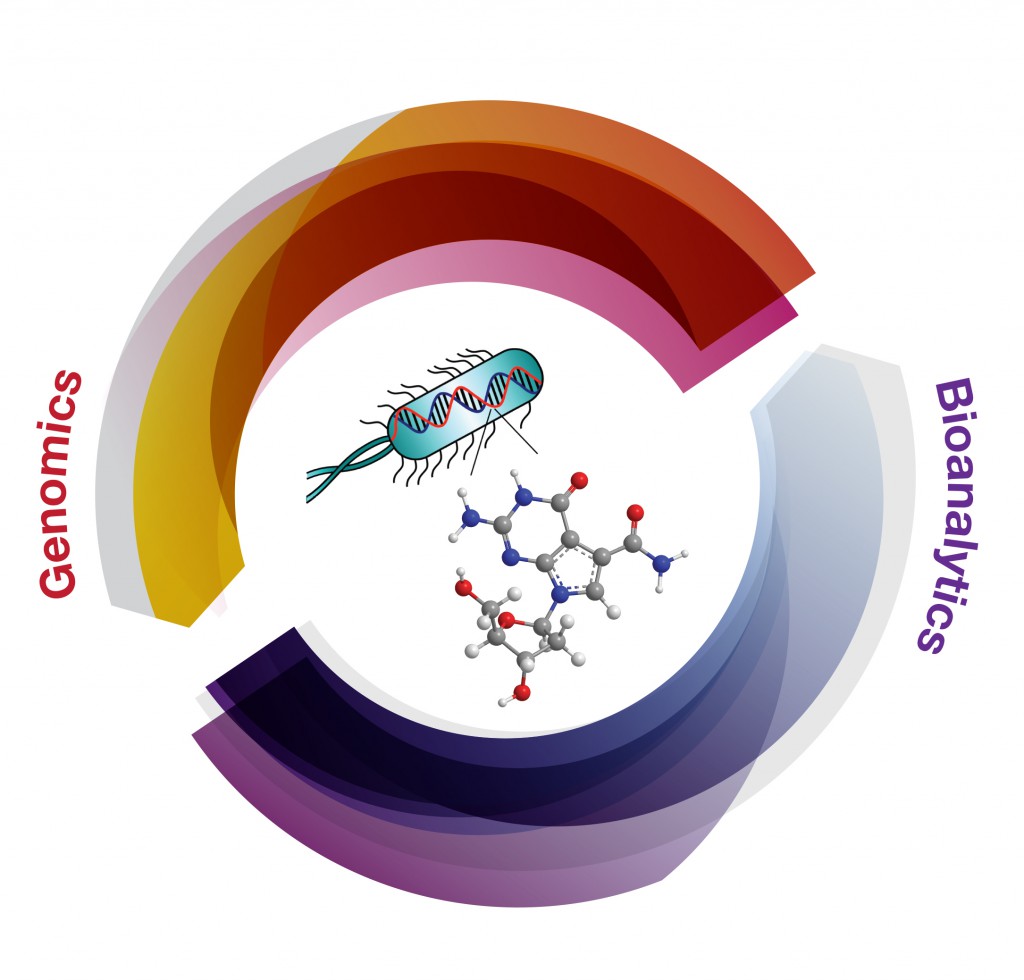 A graphic representation of how the genomic and bioanalytical techniques were complementary to each other to discovering the novel DNA modification in bacteria. Source: Peter C. Dedon, MIT

A modification system previously thought only to exist in RNA has been found to also exist in the DNA of some bacteria.

The discovery was made by research teams managed by Valérie de Crécy–Lagard, a UFGI faculty member and professor in the UF department of microbiology and cell science, and of Peter Dedon, of the department of biological engineering at MIT. The results were published online February 29 by Proceedings of the National Academy of Sciences.

The work started with the identification of clusters containing genes thought to insert queuosine in tRNA next to DNA metabolism genes within certain bacterial genomes, said Jennifer Thiaville, a post-doc in the de Crécy–Lagard lab, and first author on the paper.

Queuosine is one example of a common tRNA modification.

Through collaboration with the Dedon lab at MIT, they found structures in the bacterium’s DNA similar to those associated with the synthesis of queuosine.

“Basically we predicted that there was a queuosine-like derivative in the DNA,” Thiaville said. “The genes are in very diverse bacteria, but it’s not very widespread.”

The research group examined 12,000 bacterial genomes, and found about 130 instances of genes predicted to encode the unusual modification.

Thiaville is not sure what the role of the modification is in all the organisms.

The most compelling theory is that it plays a part in defense.

Bacteriophages are viruses that infect bacteria. In order to defend themselves, bacteria often encode restriction-modification systems to mark their own DNA, and cleave and eliminate the foreign DNA that is not marked.

In addition to uncovering further unknown DNA modifications, de Crécy–Lagard said their next step is to identify which nucleases recognize and cleave the unmarked DNA.

The strength of the project was its multidisciplinary team, said de Crécy–Lagard. In addition to contributions from MIT, they also collaborated with researchers from Russia, who sent them the phage used in the study.

Correction: The headline originally misidentified the novel modification system as having been found in RNA. It is actually found in DNA.