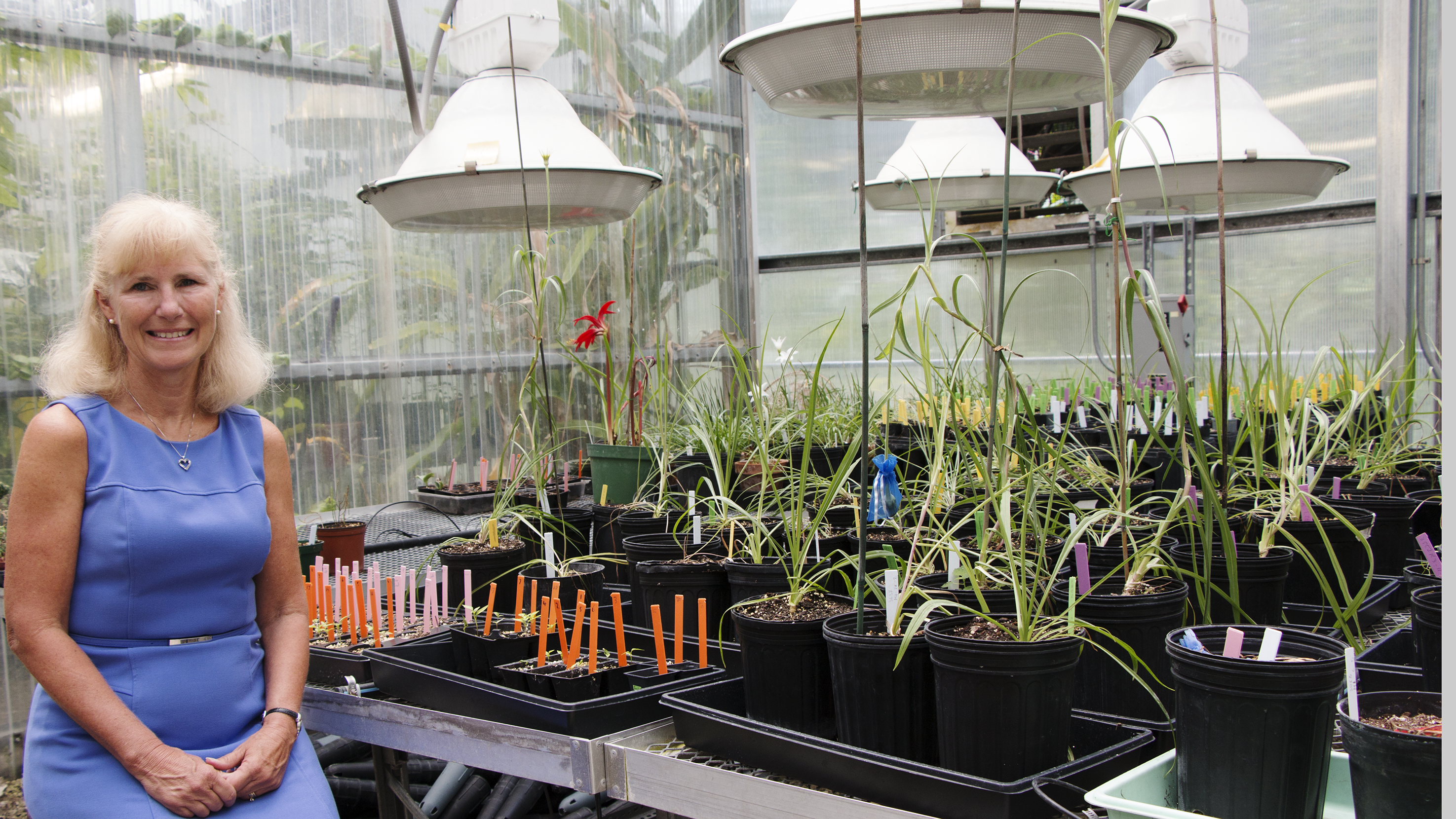 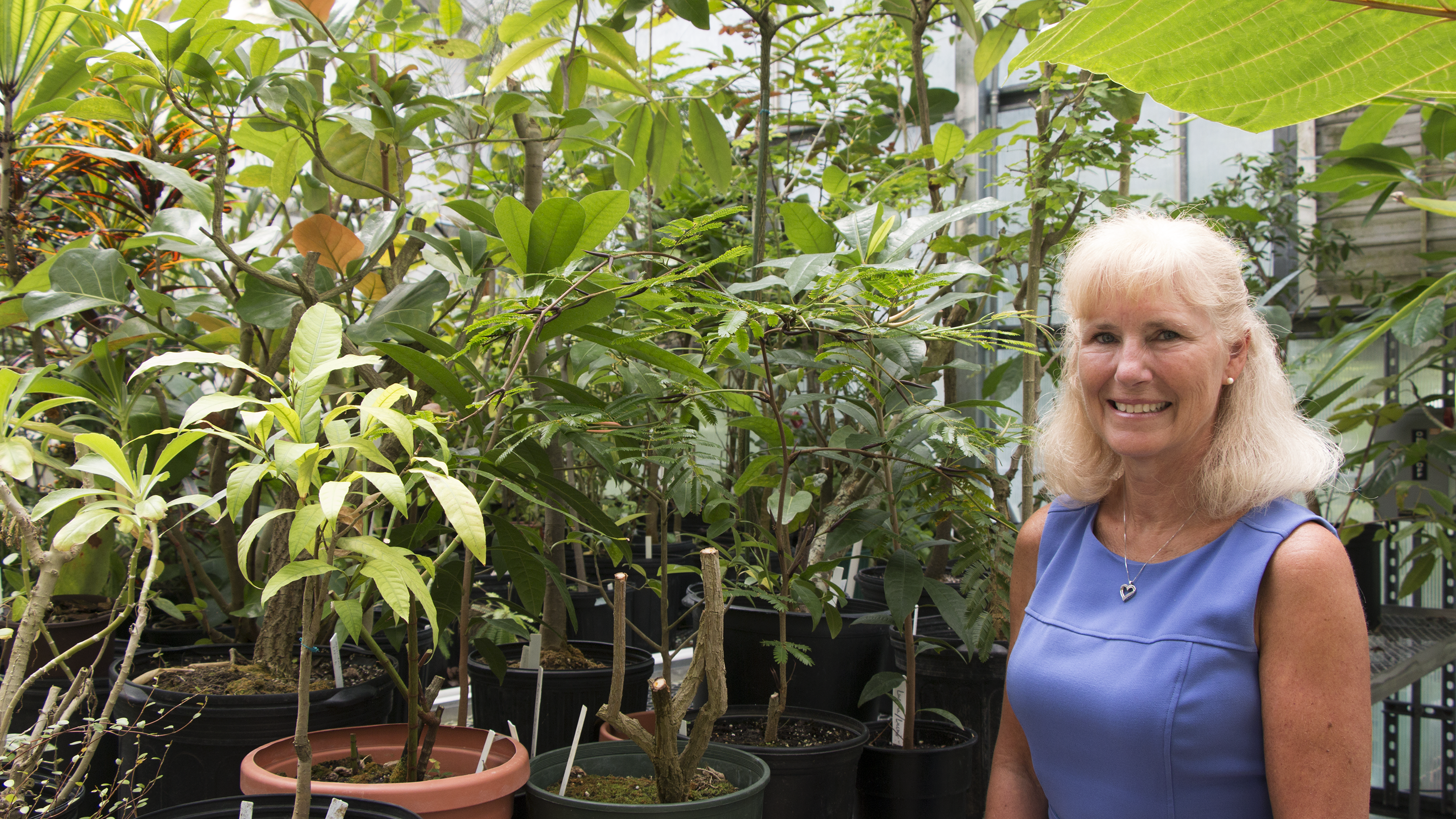 When Pam Soltis was a little girl, she and her brother talked their dad into mounting an old kitchen countertop to the wall of the basement. They wanted to make a lab bench. Her mother gave her a pillowcase to turn into a lab apron.

Soltis lined her rock collection, one-by-one along her end, while her brother arranged his chemistry set at the other.

Roughly fifty years later, she said that is likely why she ended up doing research at the Florida Museum of National History.

Soltis is a distinguished professor and curator at the Museum. She also serves as a University of Florida Genetics Institute faculty member, and director of the UF Biodiversity Institute.

Last week, she was elected into one of the most prestigious scientific organizations in the world– the National Academy of Sciences of the USA.

“I was shocked and surprised and really happy for our whole program,” Soltis said. “It’s a team effort.”

The National Academy of Sciences is a non-profit assembly of researchers charged with advising the United States government on scientific issues. Soltis is not sure how she will be involved going forward.

Soltis’ research group studies the evolution and genetics of plants.

The lab has two primary themes– the Tree of Life, which involves assembling a chart of all known species on Earth, in order to better understand the planet’s biodiversity.

The other focus is polyploidy. Polyploid plants are those with more than two paired sets of chromosomes. This trait is an important mechanism by which plant species evolve and diversify.

“[I’m] just really curious about how all of the biodiversity on our planet is related,” Soltis said. “Where did it come from? How is it related? What processes give rise to new forms of diversity? How did we get all of these millions of species of life?”

Her entrance into the research that has formed the foundation for her career was gradual.

When she arrived at college in the 1970s, she knew she liked plants and genetics. However, during graduate school at the University of Kansas, she began to learn more about how genetics could be applied to the study of evolution.

Advances in technology were making certain projects easier, such as reconstruction of the evolution of plants.

Part of her research involved reading papers published by a scientist who was friends with a colleague– his name was Doug Soltis.

One day, he came to their campus to give a seminar.

They realized they had more in common than a shared love of botany.

“We wrote lots of letters by hand for years,” Soltis said. 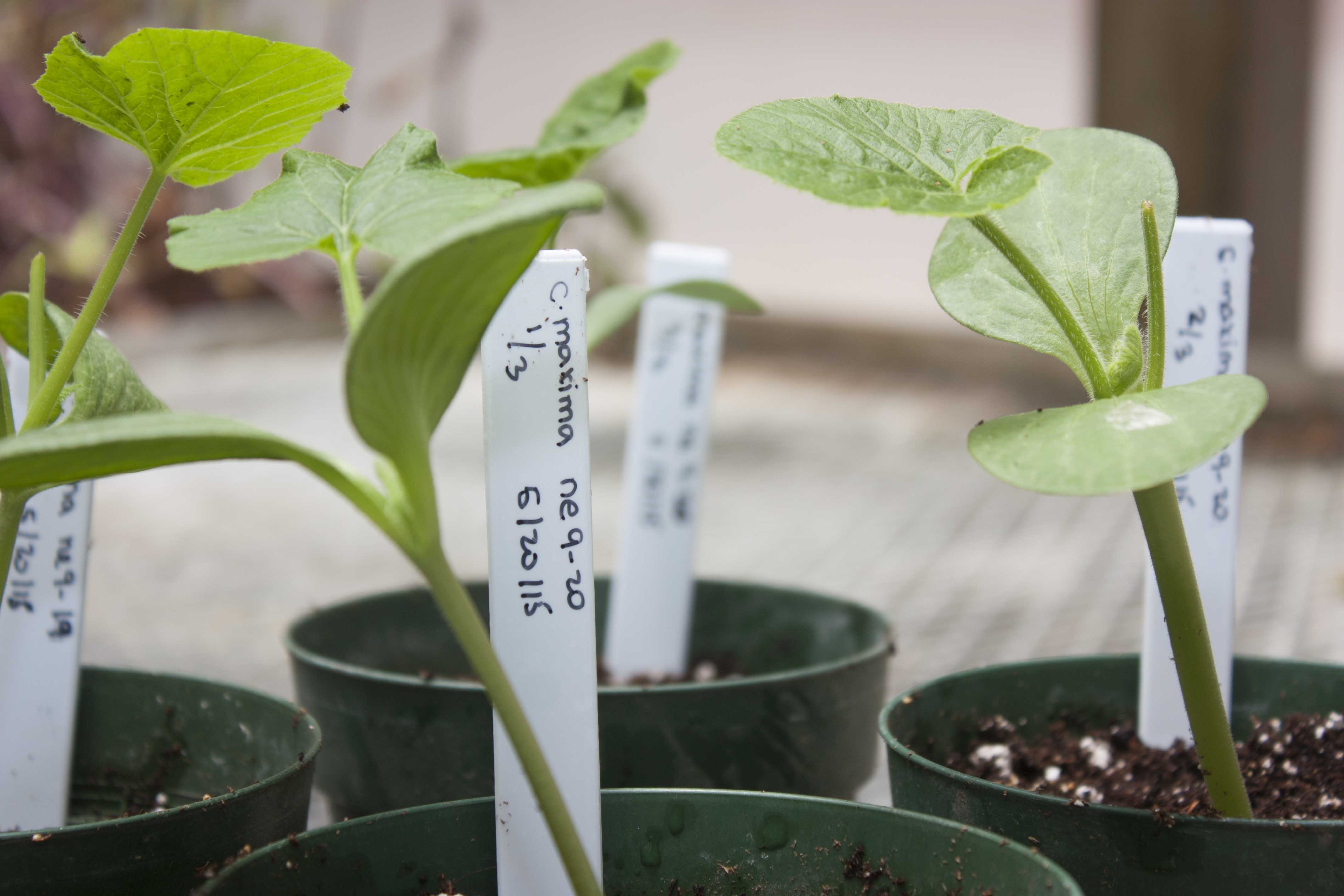 Researchers study a variety of plants in the Museum greenhouse.

Since marrying, they’ve worked side-by-side throughout their professional careers, beginning with faculty positions at Washington State University through joining UF in 2000.

“It’s great,” Soltis said. “When you get excited about something, you want to share it with the people you care most about. For many years our vacations were our collecting trips.”

They came to UF at the invitation of a graduate school classmate of her husband’s– Robert Ferl, now director of the Interdisciplinary Center for Biotechnology Research, professor of horticultural sciences and a UFGI faculty member.

He wanted them to be among the first wave of faculty asked to join the UFGI when it was established in 1999.

Doug Soltis is a distinguished professor in the Florida Museum of Natural History and the department of biology, a UFGI faculty member and rising co-director of the UFGI graduate program in Genetics and Genomics.

“Her appointment to the NAS is an incredible honor– well-deserved,” he said. “On a personal note I am very proud of her and happy for her. It is the ultimate accomplishment in our field. She is very inspirational to all around her– a tremendous motivational force for the campus and all she meets.”

While many university programs related to genetics tend to restrict themselves solely to medical or agricultural pursuits, UF’s Genetics Institute embraces the full breadth of disciplines related to the study– including fields such an anthropology and engineering.

“We were very excited about the formation of the Genetics Institute,” Soltis said. “It seemed like a unique venture.”

She particularly liked the collections-based research conducted at the Museum.

“It’s been wonderful,” Soltis said of her time at UF. “The campus is so collaborative, and people are just really, really nice. We were so impressed with people’s attitudes and openness when we interviewed here in 2000, and we haven’t been disappointed.”

Meanwhile, her colleagues have been impressed by the work that merited her one of the most coveted placements in the scientific community.

“Her breadth of expertise and work ethic are just incredible and inspiring,” said Heather Rose Kates, a UFGI graduate student in the Soltis lab. “I think she’s a perfect example of what a great scientist and collaborator and mentor and communicator is.”

Kates studies the phylogenetics of the genus Cucurbita– domesticated members include pumpkin and squash.

Although the graduate students all have projects in the same general field, they’re still relatively diverse. Kates said that doesn’t prevent Soltis from supporting and guiding all of them.

“She is a huge contributor and motivator for all our projects,” Kates said.

While at this stage in their careers, others may be looking forward to retirement, Soltis is expanding her efforts.

She has taken on a position as Director of the Biodiversity Institute, a program she advocated for UF to develop.

“There are so many societal issues going into this century that relate to science,” Soltis said, naming climate change as an example.

Their goal is to use the institute as a means for scientists to translate their findings for public service– using that information to influence policy-making, to develop educational platforms and create conservation strategies.

“We wanted to be able to do more with our science, and we realized this was bigger than the Museum and truly unites a broad segment of the UF campus,” Soltis said.