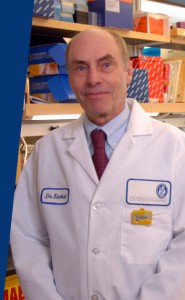 The talk will be held in the Cancer & Genetics Research Complex auditorium 101 at 2 p.m.

Kunkel is a professor of pediatrics at Harvard Medical School/Boston Children’s Hospital. He is best known for identifying a marker for the Duchenne muscular dystrophy gene and the protein it specifies– dystrophin– enabling the diagnosis of carriers and afflicted patients.

Duchenne muscular dystrophy afflicts one out of every 3,600 male infants, according to the National Institutes for Health. Natural muscle contractions cause weakening and wasting of the muscle– sufferers often need a wheelchair by middle school. The average life expectancy is only about 30 years.

Kunkel was invited to speak at the Genetics Institute by Peter Kang, associate professor of pediatrics and chief of the division of pediatric neurology.

“He’s one of the foremost authorities in the world in the genetics of muscular dystrophies,” Kang said.

Kang trained in Kunkel’s lab during the early 2000s.

While some may have been satisfied to coast after making such a significant discovery relatively early in their career, Kang said Kunkel’s industry is what he admires about him.

“He never rests on his laurels, and kind of keeps going on something that’s already a mature technique,” Kang said. “He’s always looking for something new to explore, and I find that quite inspiring.”

Kunkel’s lab recently published a paper in Cell that detailed a study involving golden retrievers that were only mildly affected with symptoms typical of muscular dystrophy, despite a complete absence of dystrophin. The results detailed how overexpression of a certain gene ameliorates the dystrophic phenotype.