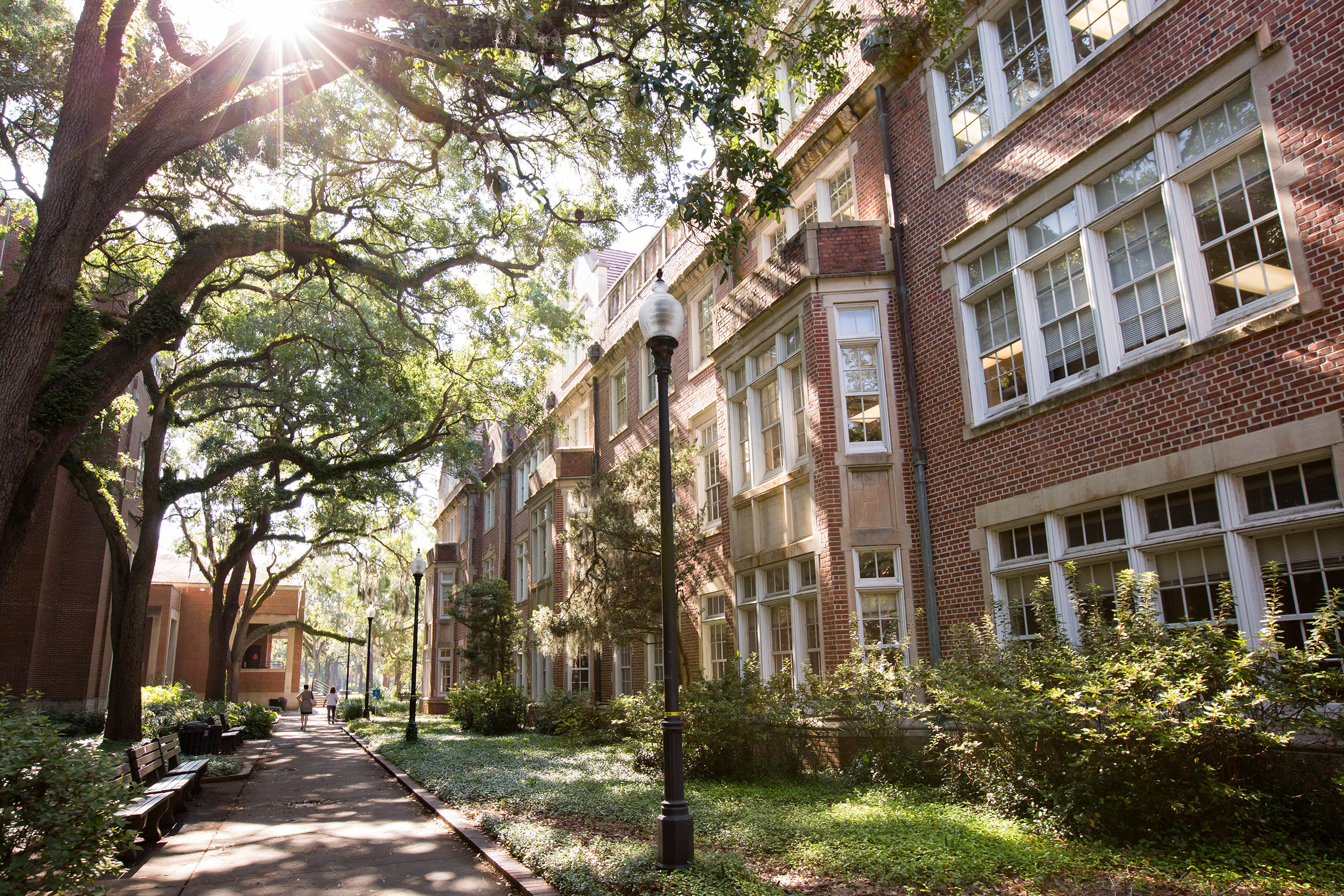 The University of Florida is full of natural and architectural charm. (Source: University Relations)

The city of Gainesville is home to the University of Florida, the nation’s fifth largest university campus by enrollment, as well as to Santa Fe College, a nationally recognized state college. In 2020, Gainesville was ranked in the top 40 Best Cities to Live in America. In the last 15 years, it has received such accolades as “best place to live and play” in the United States by National Geographic Adventure and No. 1 for Business and Careers in Florida by Forbes. Residents appreciate lower than US average commute times and temperate weather year-round. The median home cost remains slightly below the national average, and Gainesville residents, like all Floridians, do not pay state income taxes.
Gainesville is a short drive from many beautiful natural areas such as springs, forests, rivers, and beaches. Wild horses, migratory birds, and alligators can often be seen on prairie trails and state parks are always close by. Local concerts and cultural events are commonplace and well-attended. The restaurants near the university tend to be inexpensive and unique, and a number of locally popular breweries call the area home. There is always something to see and do in Gainesville!

Arts & Culture
Gainesville is known as a popular destination for the visual arts and is considered by many to be a multicultural and international hub for the region due to the presence of the university.
Several historic and cultural facilities of note reside on UF campus and in the surrounding Gainesville area. The Florida Museum of Natural History is a prolific and vibrant institution that focuses on the anthropological and biological history of the southeastern US and beyond. It has one of the largest collections of individual artifacts in the world, and while most permanent exhibits are free, for a small fee, traveling exhibits and the popular Butterfly Rainforest can be enjoyed. Adjacently located to the Florida Museum, the Harn Museum of Art is one of the largest university art museums in the south and holds both rotating permanent and temporary exhibits. The Harn’s collection scope comprises of Asian, African, modern, and contemporary art, but it also sponsors international exhibitions, lectures, and Florida-centric programs.
Popular local theaters include the Hippodrome State Theatre, the Acrosstown Repertory Theatre (ART) and the Gainesville Community Playhouse (GCP), the latter of which is the oldest community theater group in Florida. Collectively, the university and its affiliated colleges offer a diverse selection of performance events and lecture opportunities for students, the majority of which are offered at little to no cost. The University of Florida Performing Arts (UFPA) comprises of several striking venues that host widely varied theatrical, musical, and academic events. Some of these venues include the Phillips Center for the Performing Arts, the University Auditorium, and the Baughman Center. Local performers, traveling Broadway shows, and everything in between can be seen at these venues, making for a rich cultural experience for UF students.
Some popular Gainesville cultural events are listed below: 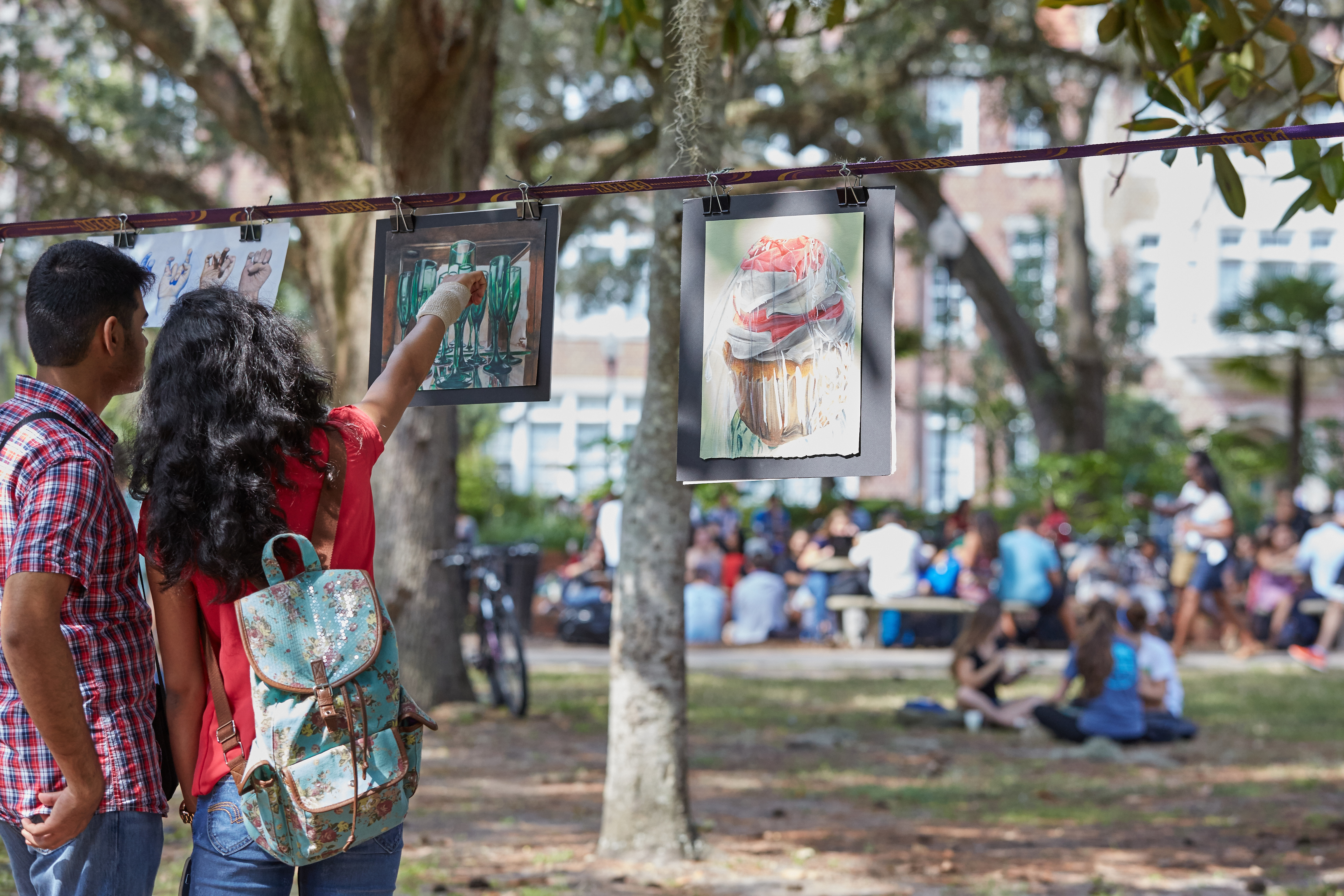 Music
Gainesville has always had an impressive, vibrant music scene. A few of the bands and musicians that got their start here include: Tom Petty and the Heartbreakers, Stephen Stills, Don Felder and Bernie Leadon of The Eagles, The Motels, Against Me!, Less Than Jake, Hot Water Music, John Vanderslice, and Sister Hazel.
Many downtown music venues hold regular performances and open mic nights. From May to October, the city of Gainesville puts on a free weekly local concert series called Free Fridays. Since 2002, Gainesville has played host to The Fest, a world famous three-day punk rock festival hosted across multiple downtown venues during the last weekend of October. Swamp Records is a UF student-run, independent record label that supports up and coming musicians with professional publicity, booking services, and advertising.
A recent addition to the local music scene, Heartwood Soundstage is a relaxed outdoor music venue and state-of-the-art recording studio. It combines high quality visual streaming services for performers and being an intimate music venue for touring musicians. It is also the location of a large weekly farmers market.
Only two hours driving distance from Gainesville, the St. Augustine Amphitheater is a premiere outdoor concert venue where big-name bands perform on tours and local bands perform on more intimate stages. Given its proximity to St. Augustine Beach and historic downtown St. Augustine, “The Amp” is a must-visit while attending UF for live music.

Sports
The Florida Gators is the varsity team of the University of Florida, and has competed in the Southeastern Conference of the National Collegiate Athletic Association since 1933. In their 111-year history, the university’s varsity sports teams have won 41 national team championships, 36 of which are NCAA titles, and Florida athletes have won 275 individual national championships. In addition, University of Florida students and alumni have won 126 Olympic medals, including 60 gold medals.
Since 1983, the Florida Gators have been ranked in the top 10 in the NACDA Director’s Cup Division I ranking. The SEC has awarded an All-Sports Trophy to the best overall sports program in the conference since 1984, and Florida has won the award 27 times as of 2019. Florida is the only school in the SEC and one of four schools nationally to have won a national championship in the football, men’s basketball, and baseball.
Another fan-favorite in town is the Gainesville Raceway, a dragstrip opened in 1969 that hosts the Gatornationals, one of the four NHRA major races. 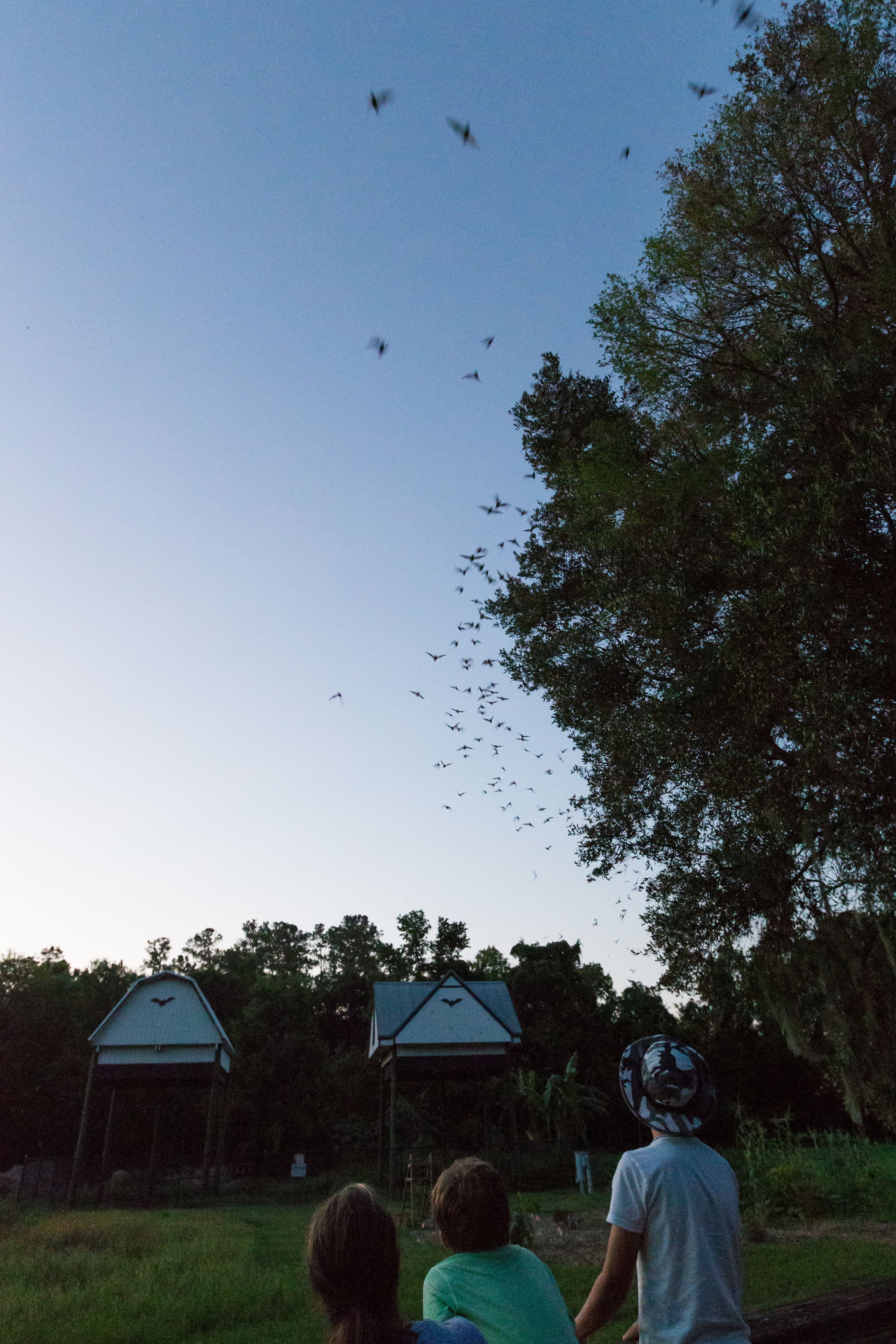