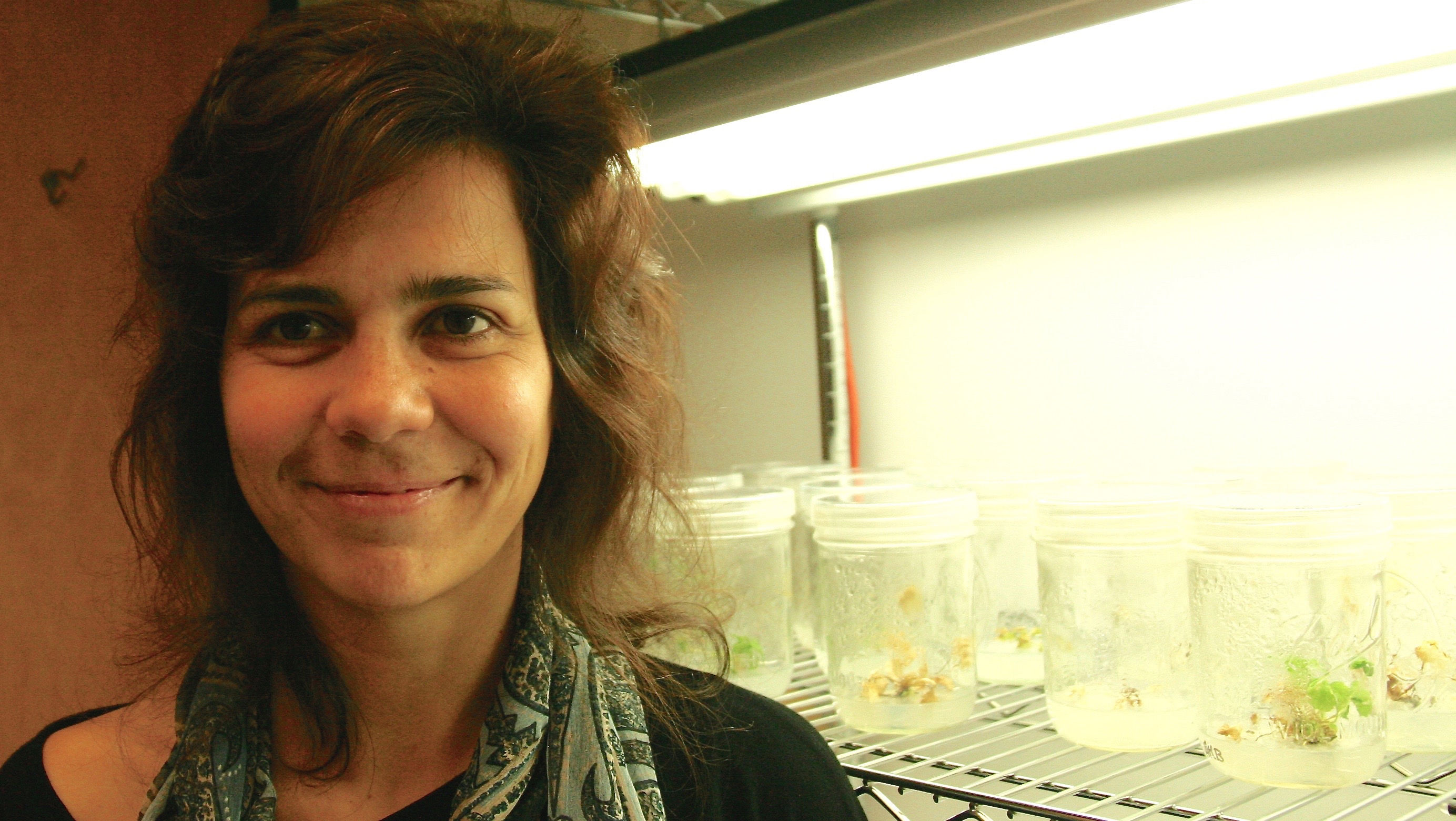 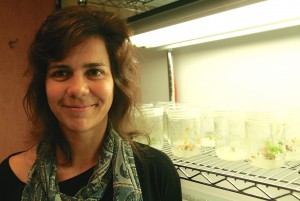 A paper out of Kevin Folta’s lab offers further insight into the role of a lesser-known gene conserved in plants, mammals and yeast. The paper discusses the role of Block of cell proliferation 1 in strawberries and Arabidopsis.

The publication is available online, and in the April issue of Plant Science.

Folta, a Genetics Institute faculty member, also serves as chairman of the department of horticultural sciences.

Little research has been done regarding this gene, which typically has the same structure and function regardless of the organism in which it occurs, said Sofia Carvalho, a post-doc in Folta’s lab, and first author. While the gene is conserved in many organisms, it has only been studied in plants, Carvalho said.

To study the gene’s role, Carvalho silenced it, rather than remove it, as it is essential to plant viability. She said this was the first successful attempt to silence the gene in vivo.

“Basically it does a lot of things,” Carvalho said. “The gene is active throughout development in different stages and tissues of the plants.”

She found the gene plays an essential role in cell division and regulation of organ size. It seems likely that it also plays a role in the plant’s return to the vegetative state after flowering.

When she silenced the gene, the plants grew abnormally. They had odd shapes, and some of the leaves were fused, and the strawberry plants did not produce fruits.

Carvalho does not have any immediate plans to study the gene further, as it was a side project to their primary work on strawberries.

(Left) Characterization of FvBOP1. (A) Genomic structure of FvBOP1, with indication of exons and introns, and predicted domains in FvBOP1; (B) neighbor-joining tree between different species where BOP1 has been identified. Bootstrap values based on 1000 replicates are shown next to the branching points.