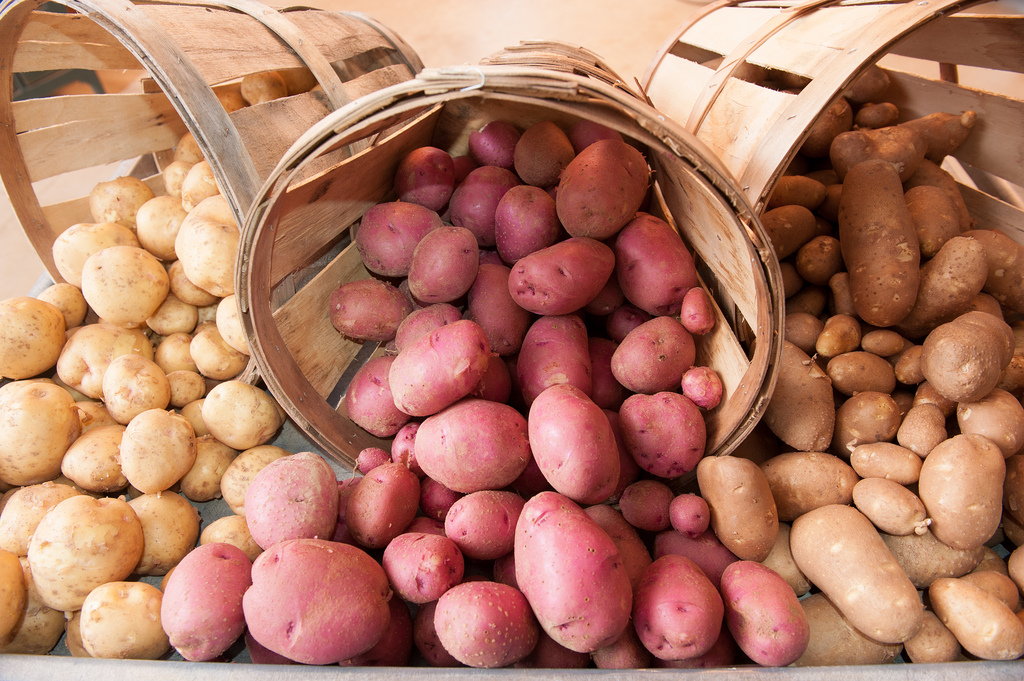 University of Florida Genetics Institute member and Plant Pathology assistant professor, Erica Goss, has pinpointed the origin of the pathogen that caused the 1840s Irish Potato Famine, a finding that may help potato and tomato growers around the world.

Called “late blight,” the disease costs growers millions per year in Florida alone, and $6 billion a year around the world.

Goss and eight colleagues cleared up confusion surrounding the disease by analyzing sequenced nuclear genes of the pathogen. Ancestral relationships pinpointed Mexico as the origin.

Knowing the origin provides insight into the pathogen’s genetic diversity and how it adapts to different environments, Goss said. Understanding the genetic changes that allow it to become more aggressive will aid with management strategies.

New strains of the pathogen that are more resistant to fungicides have made controlling the disease difficult. In 2009, there was a late blight pandemic that spread through much of the eastern U.S. via tomatoes, destroying many crops.

For more than a century, the origin was previously believed to be Mexico until a 2007 study contradicted these findings, concluding it was from the South American Andes. Goss and the team of scientists sequenced four genes from more than 100 phytophthora infestans samples, plus four related species, in their analyses.

Findings were published in the Proceedings of the National Academy of Sciences on Monday, June 2.