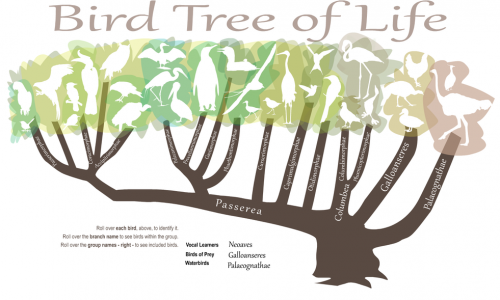 A multi-year project consisting of 400 years of computing time and nine supercomputers has decoded the avian genome, establishing an avian tree of life and revealing the explosion of bird evolution in a time when nearly everything else on earth died out.

The asteroid strike that triggered the dinosaurs’ extinction may have created an opening for birds.

“The birds we see today probably diversified into that. That’s probably why it happened so fast,” said Ed Braun, Genetics Institute member and associate professor of biology. “Can we pick out what the very first split is? The answer is that for the first time, using whole genomes, it appears we can.”

Braun worked alongside scientists from around the world to sequence 45 bird genomes representing the 10,500 living species of birds on the planet. This provides evidence that contradicts common inference of related bird species. For example, a duck may be assumed to be closely relate to other water birds, but is in fact on a separate branch of the bird tree of life created by the study. 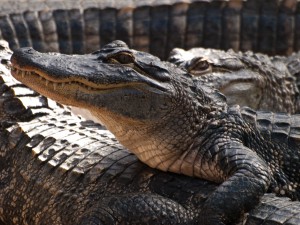 Braun was also a principal investigator comparing three species of crocodilians – the American alligator, saltwater crocodile and Indian gharial. This study provided both a contrast to the birds but also the ability to reconstruct part of the genome of the common ancestor of archosaurs, the group that includes both crocodilians and birds.

Crocodilians’ slow evolution, in contrast to birds’ rapid evolution, provides an excellent opportunity for researchers to study their DNA and discover more in the genetic structure.

“We were able to see evidence of viral infections that occurred during the age of the dinosaurs. The oldest we found is 200 million years old,” said Braun. “The fact that you can find ancient viruses in genomes is very cool.”