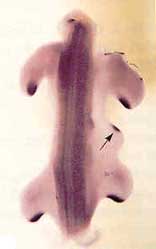 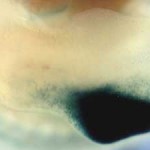 For every 10,000 babies born in the U.S., around five are born with a congenital limb deficiency, according to the Center for Disease Control. Rather than 10 tiny fingers and toes for their parents to lovingly count over and over, a baby’s arm may end at the elbow, or the leg above the ankle.

In most of these cases, scientists still don’t understand what causes these malformations.

This summer they are co-organizing the 13th International Limb Development and Regeneration Conference. The conference is June 28 to July 1 at the Vinoy Renaissance St. Petersburg Resort & Golf Club in St. Petersburg, Fla.

“We hope to invigorate limb development in the United States,” said Harfe, associate professor of molecular genetics and microbiology.

The United States has historically led the field of limb development and regeneration. However, in the last few years, decreases in NIH funding for limb research have allowed Europe and Japan to catch up, and take the lead.

The event takes place every two or three years. Cohn, Harfe and Maden agreed to take the helm this year, as they all work at the same university. The Genetics Institute is unusual in the world in that it has as many as three limb researchers on faculty.

As part of revitalizing the field, the organizers have structured the event to be particularly welcoming to younger researchers.

“We reserved the majority of slots in the conference for trainees to give talks,” said Cohn, foundation research professor of molecular genetics and microbiology. Everyone who asked is being allowed to at least present a poster.

One of the speakers is Renata Freitas, who did her graduate research in Cohn’s lab.

“My research is focused on studying Hox gene regulation and function, and exploring how these genes may have impacted the origin and evolution of limbs in vertebrates,” Freitas said. “I feel great. It is going to be a fantastic meeting.”

Cohn invited Freitas because of her impressive work increasing understanding regarding how fins evolved into limbs in vertebrates.

Hox genes influence cell division at the tip of a limb. This gene behaves differently in differently animals. A fish’s fin taper at the end to create a fin. In tetrapods (four-limbed creatures) the gene causes the skeleton to form digits.

A few years ago, Freitas performed an experiment where she took the switch that controls the HoxD gene in tetrapods, and inserted it into a zebrafish. Cell division expanded significantly, and the fish limb became larger and paddle-shaped.

“It’s about as close as anyone has ever come to recreating the transition to a limb experimentally,” Cohn said. “It was a great test of the hypothesis that the switch was sufficient to drive the Hox gene in this new pattern.”

In addition to understanding limb malformations, the conference also focuses on investigating how certain species are able to regenerate a limb after losing it.

“Humans don’t have the ability to regenerate our limbs,” Cohn said. “We have a lot of veterans coming back from the Middle East with catastrophic injuries to their limbs. And certain animals, particularly amphibians– salamanders– can regenerate their limbs completely and perfectly.”

As limb research is a smaller field, the conference typically draws between 75 and 150 people from around the world. It’s like a cross between a reunion and a think-tank, which makes it more informal– the ideal environment for younger scientists to gain experience presenting their research to their colleagues.

Even though most of the participants know one another, the conference is one of the only times many of them get to see one another. Harfe said he looks forward to seeing colleagues he hasn’t seen for 18 months, and bouncing ideas off them.

“I’m very excited to see what everyone has been doing the last few years,” he said. “It’s mostly unpublished results.”