UFGI Faculty Member Dr. Baer and his team seek deeper understanding of how cells in the body operate 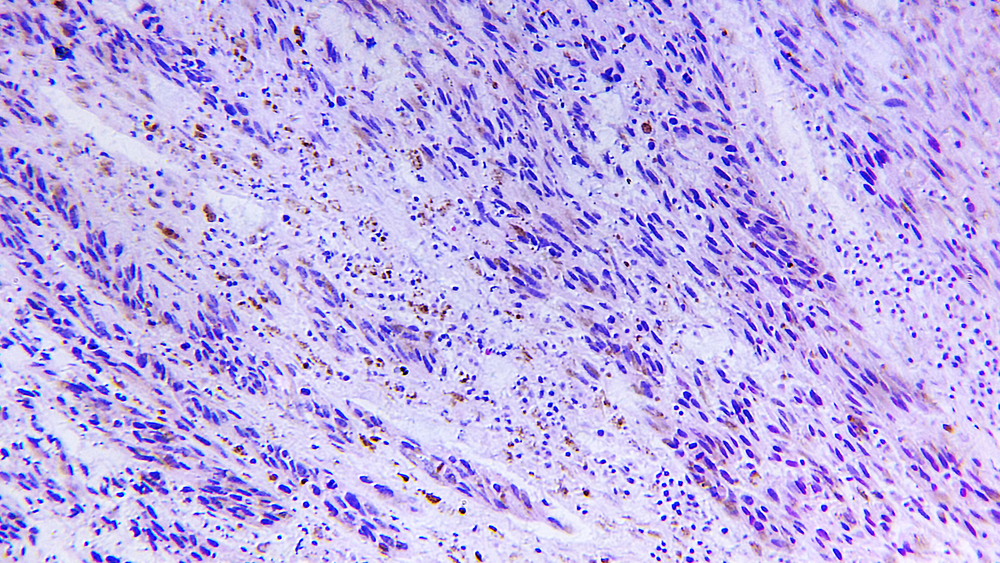 Understanding more about the cellular microenvironment and how cell properties are impacted by disease could help clinicians develop more effective treatments. | Image by Pulmonary Pathology, licensed under CC BY-SA 2.0.

A team of researchers from the University of Florida and Texas A&M University are working to understand cellular mechanosensing — the ability to sense and respond to the mechanical properties of the microenvironment — in a unique way. Dr. Charles Baer, UFGI faculty member and an evolutionary geneticist in the Department of Biology, partnered with Dr. Tanmay Lele, TAMU professor and mechanobiologist in the Department of Biomedical Engineering. Together they used methods of experimental cellular evolution as a means to understand cellular adaptation to biomaterials of controlled mechanical properties.

“Before our work, it was basically unknown if cells would evolve in controlled mechanical environments,” Lele said. “We set out to test this possibility.”

Cells are products from hundreds of millions of years of evolution, and their response to environments — whether chemical or mechanical — has likely evolved through a process of natural selection. Chemical constraints are well known to exert selection pressure on cell populations, but whether the mechanical properties of a cell’s environment constitutes a significant agent of natural selection has never been investigated before.

The team’s research demonstrated that cellular mechanosensing is, in fact, not optimal but a tradeoff. Using a combination of experimental cellular evolution on biomaterials of controlled stiffness, genome sequencing, simulations and gene expression analysis, the team showed that cells evolve under selection pressure from biomaterials of controlled mechanical stiffness.

The team’s research was recently published in the journal Molecular Biology and Evolution.

“We are currently using experimental cellular evolution to understand how cancer cells, which have a great genomic variation, respond to the altered mechanical stiffness and other mechanical properties of tumor microenvironments,” Lele said. “Further, the fact that cells can be evolved on biomaterials of controlled properties in vitro opens up new ways to generate engineered cells with properties optimal for those properties.” 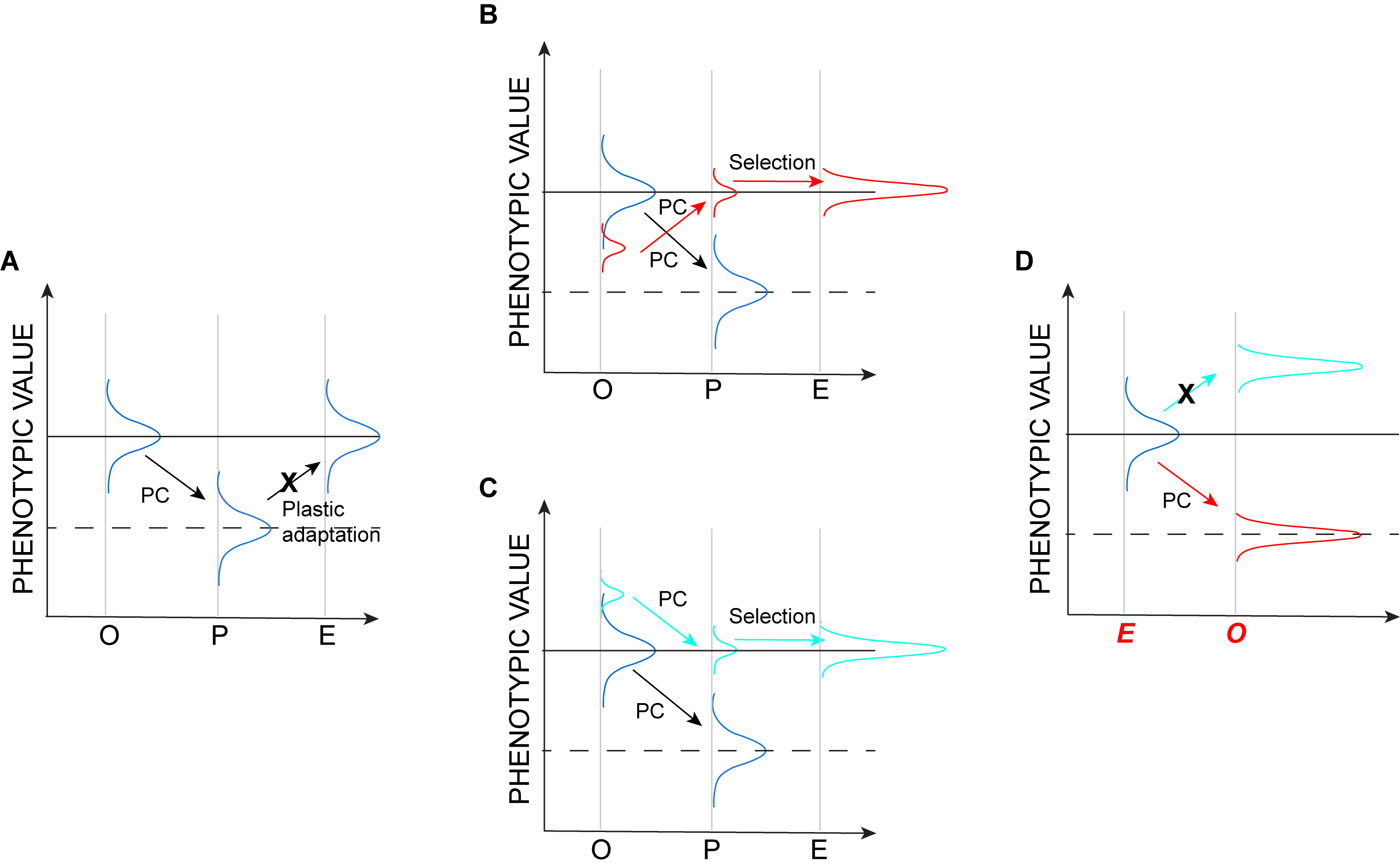 Figure above: Plasticity and evolution revisited. Schematics show possible changes in hypothetical phenotypic distributions; labels on the X axis in panels (A–C) are as in figure 1. Arrows represent the direction of plastic change (PC). (A) The phenotypic response is the result of a change in phenotypic plasticity (“plastic adaptation”) over the long term. This scenario is ruled out (designated by an X) by the lack of observed change in clonal populations. (B) The evolutionary response results from selection of a rare clone (red) that “does the wrong thing,” that is, its plastic response is opposite of the common types in the population. (C) The evolutionary response results from selection of a clone in the extreme upper tail of the phenotypic distribution (cyan) with a plastic response in the same direction as the common types in the population. (D) Predicted plasticity when evolved populations are exposed to the original environment. The scenario depicted in (B) predicts the observed outcome, shown in red; the scenario depicted in (C) predicts the outcome not observed, depicted in cyan.