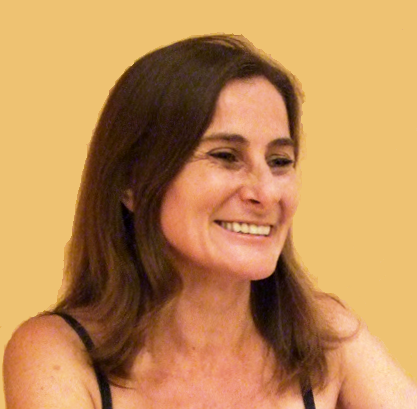 In its quest to rise among the nation’s top public universities, the University of Florida Preeminence Plan initiative has recruited dozens of distinguished faculty members from around the world, including Department of Microbiology and Cell Science professor and Genetics Institute member, Ana Conesa.

Joining UF in late 2014, Dr. Conesa’s research focuses on understanding functional aspects of gene expression at the genome-wide level and across different organisms. To analyze transcriptome dynamics, functional annotation and ‘omics’ data integration, her laboratory has developed statistical methods and bioinformatics tools such as Blast2GO and PaintOmics.

Blast2Go, Conesa’s most widely used application, predicts functionality of novel genes by comparing their sequences with the sequence of genes for which the function is known. Predictions in the software are based on the knowledge, gained from evolution, that conservation of sequence is related to conservation of function, Conesa said.

Current research programs in the Conesa lab include one focused on the integration of multi-omics data to capture different levels of cellular organization.

“I am doing this at present in B-cell development but am now extending this approach to other biological systems like crops and agricultural species,” Conesa said.

Coming to Gainesville From Spain, Conesa was one of the first students as an undergraduate at the Polytechnic University of Valencia to participate in an international training program, where she worked on research in the Netherlands. As part of her project for graduation, she combined experimental genetic research with engineering, an innovative concept, as it had never been done before at the university.

After receiving a Ph.D. in molecular microbiology, Conesa was fascinated by computational analysis of gene expression. Bioinformatics was a new discipline at the time with no formal education. As an engineer, a strong background in statistics enabled Conesa to learn on her own and understand the potential for gene expression on a genome-wide scale.

“The idea of unraveling biological patterns within large datasets is very interesting, and I try to understand how these patterns relate to cellular functionality,” Conesa said. “It’s like understanding how a large orchestra with many different instruments results in a harmonious melody.”

Working at UF has opened the door for interaction between her own research projects and a variety of genetics areas: from human disease to model systems, plants and environmental topics.

The wave of technological advances excites Conesa as it promises further integration of genomics into our lives through personalized medicine, environmental monitoring, agriculture and beyond. Bioinformatics, she believes, will play a key role in overcoming the obstacles facing genetic researchers.

“We have a huge challenge in the development of efficient ways to analyze large volumes of heterogeneous genomics data,” Conesa said. “If successful, it will provide us with exciting new knowledge about the complexity of living organisms.”