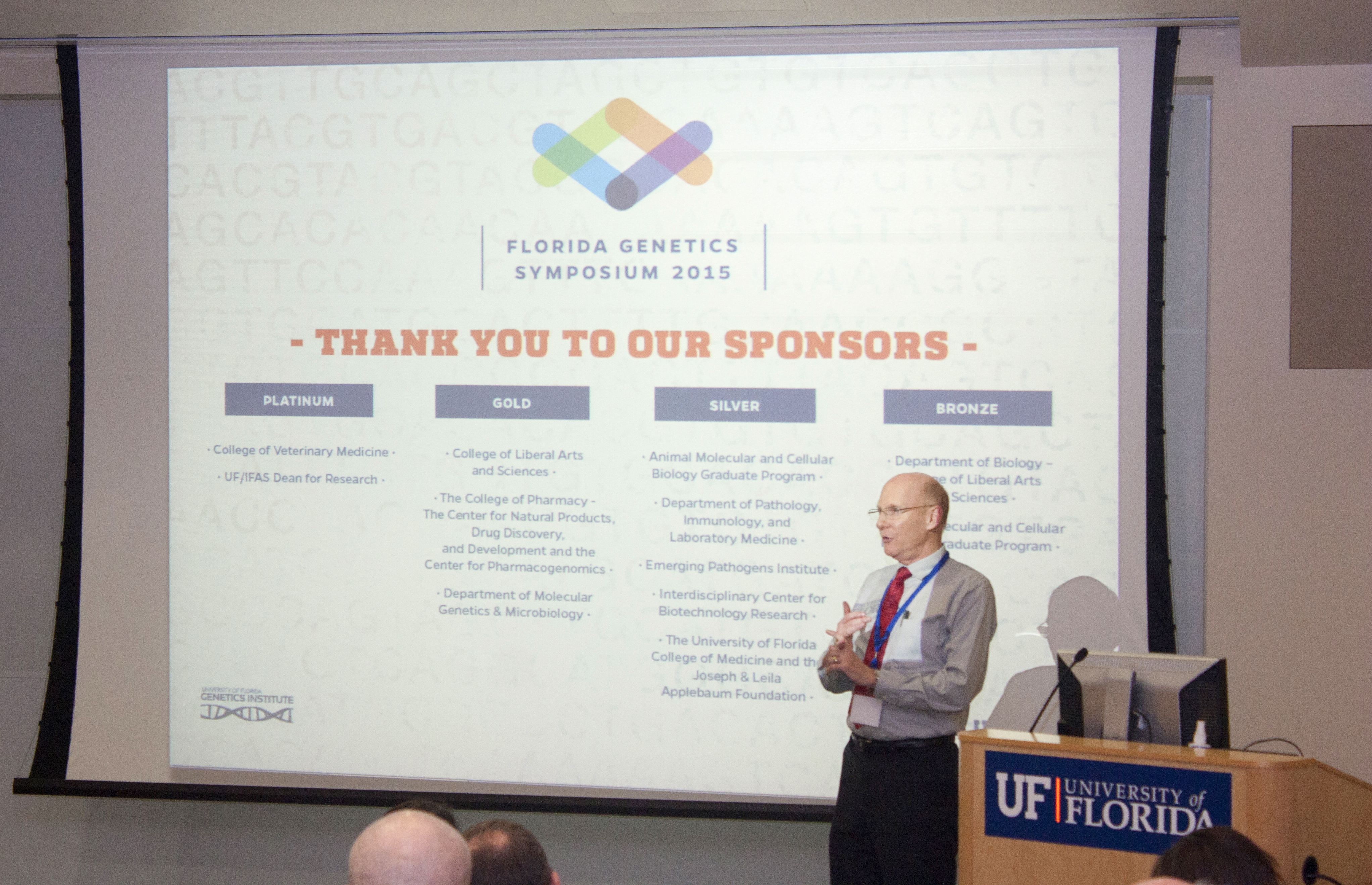 It has been another year of growth at the University of Florida Genetics Institute (UFGI). During 2015, we welcomed another five faculty members, bringing the total to 242. UFGI members represent seven colleges and 49 academic departments. Over the year, they brought in $89M in sponsored research support, filed 61 US patents and published 932 scholarly articles. Their work appeared in prestigious journals such as The New England Journal of Medicine, Science, Nature, and Nature Genetics.

Our Genetics & Genomics Graduate Program has been a particular source of pride. Last year saw three students earn their doctoral degrees, bringing the total number of graduates to 20. Our intercollegiate program continues to grow, with seven more students admitted in the current year and interviews already underway for the class of 2016. This year we introduced the Kenneth I. Berns Excellence in Genetics Award. It was awarded to Heather Rose Kates, a Genetics & Genomics graduate student, in recognition of a video highlighting her research that appeared on Voice of America’s website “Scientists Go To Extremes to Save Food Crops’ Wild.”

The 2015 program of our annual cornerstone event, The Florida Genetics Symposium, was the most successful yet. Taking place Nov. 18-19, 2015, more than 400 people registered to attend– the most participants in the history of the event. It featured a keynote address from Ian Baldwin, Ph.D., founding director of the Max Planck Institute for Chemical Ecology. A member of the National Academy of Sciences, Baldwin is internationally known for his groundbreaking scientific work on the complex interplay between genetics, the environment and pathogens; and how these factors influence the survival of plants in the wild. The conference also featured nearly a dozen other distinguished speakers, both from UF and other institutions. More than 130 posters were presented, with student and postdoctoral associates receiving awards for best poster presentations.

Continuing our collaborative efforts with innovative faculty at other institutions, we expanded our weekly seminar series with presentations from 18 external speakers. The invited speakers reflect the broad, multidisciplinary mandate of the UF Genetics Institute. The seminars included outstanding investigators from the fields of Bioinformatics, Genomics and Cell Biology working on a variety of different species and model systems.

In August, UFGI hosted the second annual Phenotype Prediction Workshop. The objective of this workshop was to present recent results and theoretical developments of statistical models used to predict the phenotype of complex traits using genomic data. Presentations included studies from humans, trees, crops and livestock. The workshop attracted more than 130 on-campus participants, and was streamed live to 549 online attendees from more than 50 countries.

Other outreach endeavors included organizing the first UFGI DNA Day event on the UF campus. The April celebration featured activities and contests marking the anniversary of the elucidation of the structure of the DNA molecule.

Expanding into the community, six UFGI faculty members gave public lectures at the Oak Hammock retirement community as part of a course titled “Advances in Genetics.”